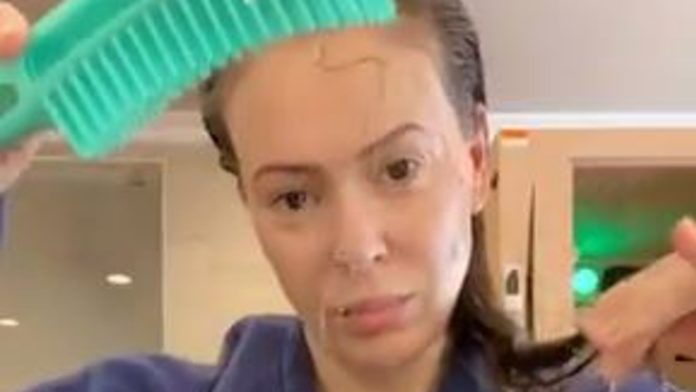 Actress Alyssa Milano has revealed COVID-19 has made her hair fall out – and urged people to wear face masks to stop the spread of the virus.

The Charmed star posted a video on Twitter highlighting the effects as she combed her hair.

She ended the video by lifting the hairs and saying: “One brushing, this is my hair loss from COVID-19. Wear a damn mask!”

The actress captioned the video to her 3.7 million followers writing: “Thought I’d show you what #Covid19 does to your hair. Please take this seriously. #WearADamnMask #LongHauler.”

Earlier this month Milano revealed on Instagram that she had tested positive for coronavirus antibodies after three earlier tests suggested she had not contracted the virus.

She said she “basically had every Covid symptom”, adding: “It felt like an elephant was sitting on my chest.”

She added that she had “never been this kind of sick” and “everything hurt”.

She said she wanted people to know that the testing system is “flawed” and “this illness is not a hoax”.

“I thought I was dying. I felt like I was dying,” she said, adding that she had “lingering symptoms” for four months.

Milano, who shared the message alongside an image of her using breathing equipment, said she fell ill in March.

She also revealed that she would be donating her plasma – the liquid part of the blood which can contain antibodies – “with the hope that it … might save a life”.