Home Culture Phil Collins’ ‘In the Air Tonight’ is back on the charts after... 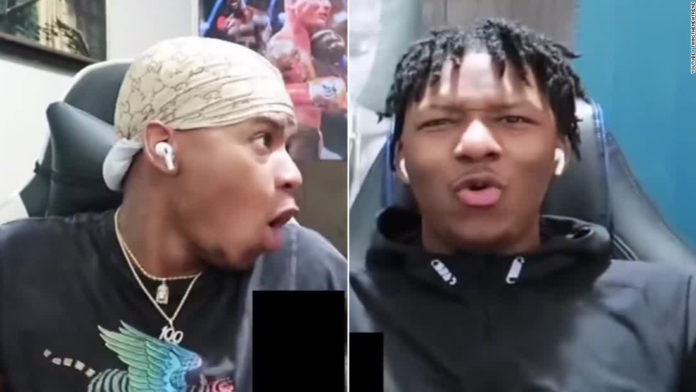 Tim and Fred Williams, 22-year-old twins and YouTubers, recently filmed themselves listening to Collins’ 1981 single for the first time. Their endearing reaction — dropped jaws, smiling in disbelief when the drum solo drops — seems to have revived the song’s popularity.
As of Tuesday, “In the Air Tonight” is charting second on iTunes, just behind the days-old Cardi B-Megan Thee Stallion collaboration, “WAP.”
“In the Air Tonight” never faded into obscurity — that famous drum breakdown wouldn’t go quietly — but it hadn’t exactly found a Gen Z audience. Unlike “Break My Stride,” it hadn’t achieved TikTok fame.
Enter the Williams brothers.
The siblings from Gary, Indiana, film themselves listening to classic artists for the first time and share the clips on YouTube. They’ve reacted to Whitney Houston, Lauryn Hill and Dolly Parton (who delighted in their positive response to “Jolene”).
But their reaction to Collins’ slow-burning single helped them break out. At the beginning of the video, the Williams brothers bobbed their heads to the beat, casually enjoying Collins’ wistful musical stylings.
Then the drums came in. And then the twins went wild.
The clip now has over 4 million views.
Collins hasn’t commented on the resurgence of his early ’80s hit. But film director Ava DuVernay succinctly summed up its success when she shared the twins’ video: “And Phil has jumped to the top of iTunes ’cause new folks are discovering and old folk are remembering how dope this song is,” she wrote on Twitter.
Their joyous reaction to a decades-old song was a much-needed antidote to a dismal summer. And maybe, while they’re entertaining millions, they’ll do for Whitney, Lauryn and Dolly what they did for Collins.

CNN’s Leah Asmelash and Kat Jennings contributed to this report.