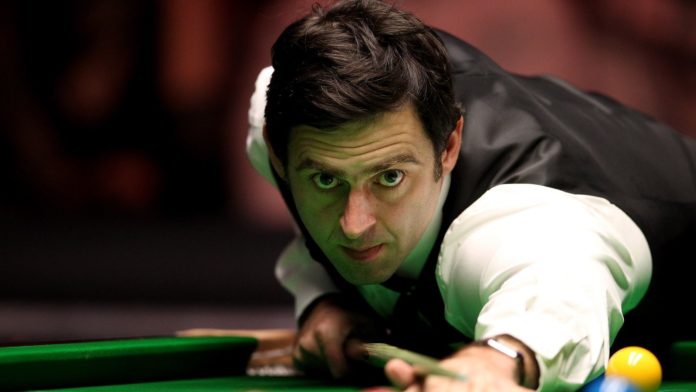 O’Sullivan: “I’d lump on Selby because I don’t expect to beat him, and that’s not me trying to take the pressure off, I don’t need to I’ve got nothing to prove”

Ronnie O’Sullivan sealed a remarkable 13-10 victory over Mark Williams on a re-spotted black to make it through to the World Snooker Championship semi-finals.

O’Sullivan erased a five-frame deficit to beat three-time tournament winner Williams and set up a semi-final meeting with Mark Selby.

O’Sullivan had reeled off four frames in a row to haul back to level from 8-4 down and went ahead for the first time in the match when breaks of 61 and 65 sent up 11-10 in front.

His fifth century of the match – a 133 total clearance – moved O’Sullivan within one frame of victory and he sealed a 13-10 win on a re-spotted black in a remarkable end to the 23rd frame in which he had previously missed a simple blue for the match.

O’Sullivan was in a mischievous mood after his win, telling the BBC: “I love a semi!

He added: “I’d lump on Selby because I don’t expect to beat him, and that’s not me trying to take the pressure off, I don’t need to I’ve got nothing to prove.

“Just as a bit of insider information from me… I don’t know how anyone can beat him.”

Earlier Selby completed a 13-7 win over Neil Robertson to reach the semi-finals for the sixth time, and admitted he had had doubts over whether he would ever return to the one-table set-up.

Selby suffered a crisis of confidence in the wake of his third world title win in 2017, losing his world No 1 ranking as he won just two tournaments in the following two years and crashed out in the early stages in Sheffield.

But the 37-year-old, who was forced to battle through the first two rounds against Jordan Brown and Noppon Saengkham respectively, believes the manner of his win over fellow former champion Robertson indicates he is back to somewhere approaching his best.

“I was happy with my performance against Neil. I felt if I got a chance I could score, and my safety play was back up with how it was a few years ago.

“As a match-play game it was right up there with my best performances. I can see the changes already, especially in my body language, so long may it continue.”