Home Culture In her own name: Female literary greats no longer having to use... 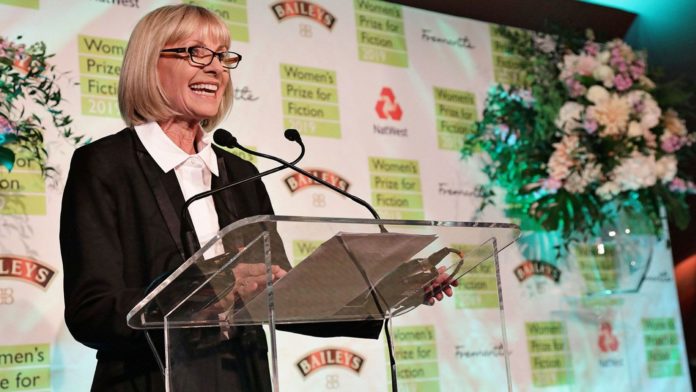 Novels written by women but published under a male pseudonym are for the first time to be published with their real names.

Middlemarch, written by Mary Ann Evans as George Eliot, and A Phantom Lover by Violet Paget – aka Vernon Lee – are among 25 books being published with their own names on the cover.

Researchers from the Women’s Prize for Fiction (WPFF) and their sponsor Baileys looked at 3,000 writers from around the world who have used a pseudonym for the Reclaim Her Name campaign.

The books, of which many of the originals are out of print, have been made available for free online and hard copies donated to the British Library.

Best-selling writer Kate Mosse, who helped set up the WPFF 25 years ago, said she felt it was important for the authors to be recognised under their real names.

She told Sky News: “Women felt they had to be invisible as a woman to be taken seriously as a writer, and I’m afraid to say that hasn’t entirely gone away.”

In 2015, author Catherine Nichols had eight and a half times more responses from publishers when she used a male pseudonym, something Mosse said she was “surprised about in this day and age”.

The Labyrinth author said: “Women’s and men’s writing is writing – the idea that a certain sort of literature, with a capital L, is a male form and other literature is just for women is untrue.”

One of the novelists Mosse most admires from the list is Anne Petry, an African American author who sold more than a million copies of The Street in 1946 under the name of Arnold Petri.

Mosse added: “I love the idea this young writer was testing the water in the short story we’ve published and she later became a star – but her name is not known, and she should be a household name.

“These women were superstar writers, why are they not on the shelves alongside their male counterparts of the time?”

Mosse admitted she has been lucky to have not experienced discrimination in the industry, but said the fact she was in publishing before helped.

“I write historical adventure novels, it’s an area of writing that’s particularly male, there is a lot of discrimination against women in it, especially against Black and ethnic minority writers,” she said.

“There’s always been a sense you put pink and dayglo on the jacket for women and for men it’s just the title. But that has changed.

“We did some research previously and found for many male readers if there’s an overtly feminine book design they would tend to decide ‘that isn’t for me’ but women will pick it up, have a quick read and decide if it’s for them.

“I always say to young writers, ‘be involved in your jacket design, don’t let them feminise it in the way you don’t want’.

“Not all of us have that power, and publishers know what sells, but it’s saying great books are for everybody and it’s important because it’s also about which books get reviewed.”

One of the most famous living female authors to use a male pseudonym is JK Rowling, who published crime novels under Robert Galbraith, something Mosse says was most likely so the books were judged on their own merit.

“I want to be visible as I think it’s very important that women’s names are there and people can see women’s names on books of all types.”