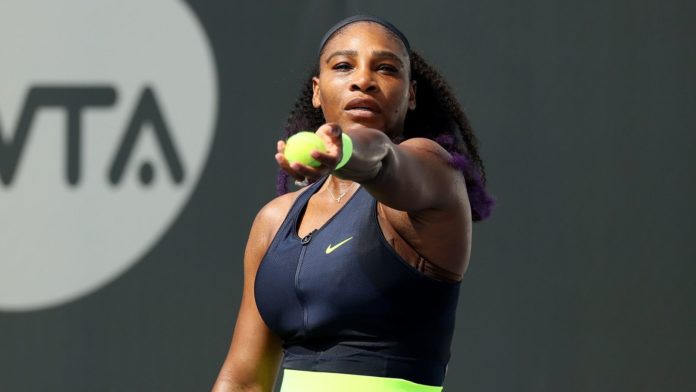 Serena Williams made a winning return to the WTA tour but needed three sets to get past Bernarda Pera at the Lexington Open to set up a meeting with her sister Venus.

The No 1 seed, who was last in competitive action at a Fed Cup qualifier in February, lost the first set in Kentucky.

Pera had two opportunities to earn a decisive break against the 23-time Grand Slam winner in the next set, but on both occasions Williams fought back and eventually levelled before she hit top gear to win 4-6 6-4 6-1.

Being in New York will be a little different because of the massive stadium, but the solo court kind of reminds me of my junior days, so there was something kind of nostalgic about that.

Williams is looking forward to playing at the US Open

“I wasn’t in a good rhythm and I just kept thinking Serena, play like you’ve been practising,” Williams told the official WTA website.

“I knew I could play a little bit better if I just hung in there.”

Williams will face sister Venus in the second round and is using this tournament as preparation for the US Open, which begins on August 31.

A straight sets victory later in the day for Venus over Victoria Azarenka by a 6-3 6-3 score saw her book a meeting with her younger sister.

“Being in New York will be a little different because of the massive stadium, but the solo court kind of reminds me of my junior days, so there was something kind of nostalgic about that.”

In Prague, top-seed Simona Halep had to fight hard to advance to the second round by beating unseeded Polana Hercog 6-1 1-6 7-6 (7-3) in her first competitive match since she won the Dubai Championships in February for her 20th career WTA title.