Home World Airbnb is reportedly close to filing an IPO 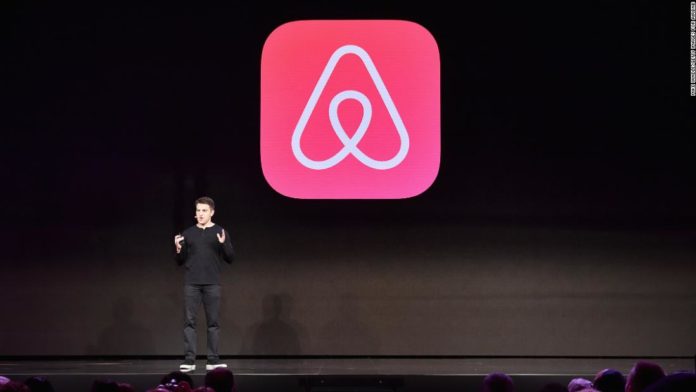 The Wall Street Journal reports that the home-sharing company is planning to file IPO paperwork with the Securities and Exchange Commission later this month and could be publicly listed by the end of the year. Airbnb didn’t immediately respond to CNN Business’ request for comment.
Morgan Stanley (MS) and Goldman Sachs (GS) are backing the offering, the Journal said. It also cautioned there’s “no guarantee” that Airbnb will follow that timeline because of choppy market conditions.
A filing this year isn’t a total surprise because the company was aiming for a 2020 public debut, according to previous multiple reports. However, the downturn in travel sparked by the global coronavirus pandemic possibly derailed those plans. Business has rebounded from the spring’s nadir — Airbnb recorded a surge in bookings around Memorial Day.
CEO Brian Chesky told Bloomberg in June that he’s noticed travelers are preferring to stick to drivable domestic destinations within 200 miles of their home. International travel restrictions have halted many vacations. He expects this year’s revenue to be half of what it was last year.
Also in June, Chesky told CNN’s Poppy Harlow that Airbnb’s anticipated stock market debut could still happen this year.
“It’s not off the table, but we’re definitely not committing to anything right now,” Chesky said. “We’re going to keep our options open.”
The Journal also said Airbnb’s valuation has been lowered to $18 billion. It was previously valued at $35 billion last year. In April, the company received a $1 billion loan from investors to weather the pandemic.