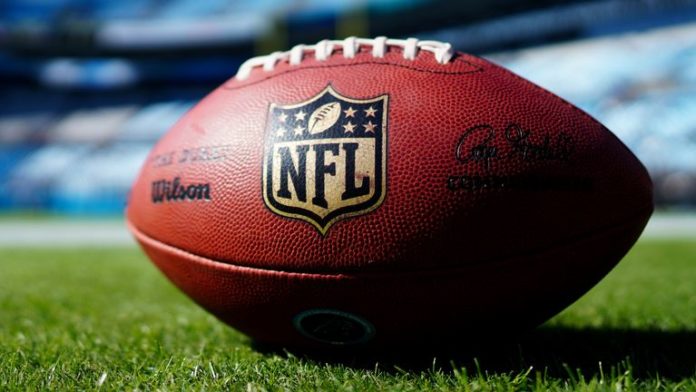 The Big Ten and Pac-12 called off their fall football seasons on Tuesday because of concerns about COVID-19, taking two of college football’s five power conferences out of a crumbling season.

Five months after the first spikes in coronavirus cases in the U.S. led to the cancellation of the NCAA basketball tournament, the still raging pandemic has begun tearing down a sport that generates billion of dollars for the schools that compete in it.

Despite pleas from players, coaches and President Donald Trump in recent days to play on, 40% of major college football teams have now decided to punt on a fall season.

The Big Ten’s announcement, that it was postponing all fall sports and hoping to make them up in the second semester, came first on Tuesday afternoon. An hour later the Pac-12, the Big Ten’s Rose Bowl partner, called a news conference to say that all sports in its conference would be paused until January 1, including basketball.

“This was an extremely difficult and painful decision that we know will have important impacts on our student-athletes, coaches, administrators and our fans,” Pac-12 Commissioner Larry Scott said. “We know nothing will ease that.”

The Atlantic Coast Conference, Big 12 and Southeastern Conference are still moving forward with plans to conduct a season as college football’s lack of centralised leadership has left every conference to decide for itself.

The Big Ten’s announcement came six days after the conference that includes historic programs such as Ohio State, Michigan, Nebraska and Penn State had released a revised conference-only football schedule that it hoped would help it navigate a fall season with potential COVID-19 disruptions.

Listen to Inside the Huddle

Join Neil Reynolds and Jeff Reinebold each week as they break down the biggest storylines from around the NFL.

The decision was monumental but not a surprise. Speculation has run rampant for several days that the Big Ten was moving toward this decision. On Monday, coaches throughout the Big Ten tried to push back the tide, publicly pleading for more time and threatening to look elsewhere for games this fall.

“The mental and physical health and welfare of our student-athletes has been at the center of every decision we have made regarding the ability to proceed forward,” Big Ten Commissioner Kevin Warren said in a statement.

“As time progressed and after hours of discussion with our Big Ten Task Force for Emerging Infectious Diseases and the Big Ten Sports Medicine Committee, it became abundantly clear that there was too much uncertainty regarding potential medical risks to allow our student-athletes to compete this fall.”

Warren took over as commissioner from Jim Delany at the start of this year. A former longtime executive in the NFL, Warren walked into an unprecedented problem for college sports.

During an interview on the Big Ten Network, Warren was pressed on whether the decision was unanimous across the conferences and if Big Ten teams could still try to play a fall season, as some coaches suggested Monday. Warren declined to answer.

“We are very disappointed in the decision by the Big Ten Conference to postpone the fall football season, as we have been and continue to be ready to play,” University of Nebraska leadership said in a statement.

“I wish we would have had a little more time to evaluate,” Smith told the Big Ten Network.

Over the last month, conferences have been reworking schedules in the hopes of being able to buy some time and play a season. The Big Ten was the first to go to conference-only play, doing it in early July.

The Pac-12 followed two days later and eventually all the Power Five conferences switched to either all or mostly conference play.

The first Football Bowl Subdivision conference to pull the plug on a fall season was the Mid-American Conference on Saturday, and then the Mountain West did the same on Monday.

But those conferences don’t have the revenue, reach and history of the Big Ten, which seemed positioned to pour resources into trying to protect its athletes from getting and spreading COVID-19.

Stay up to date with the latest news and interviews from around the NFL.

The Big Ten touts itself as the oldest college athletic conference in the country, dating back to 1896 when it was called the Western Conference, and its schools have been playing football ever since. It became the Big Ten in 1918 and grew into a football powerhouse.

The 14 Big Ten schools span from Maryland and Rutgers on the East Coast to Iowa and Nebraska out west. Not only has it been one of the most successful conferences on the field, but off the field it has become one of the wealthiest.

The Big Ten, with its lucrative television network, distributes about $50m per year to its members.

The Pac-12’s members are in Arizona, California, Colorado, Oregon, Utah and Washington.