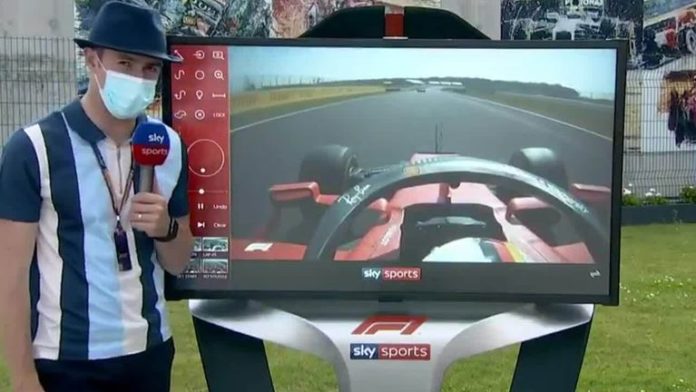 Sebastian Vettel’s will race with a new Ferrari chassis at this weekend’s Spanish GP, when the four-time champion will attempt to rebound from two tough weekends at Silverstone.

Ferrari said a “small fault” had been detected on the SF1000 monocoque raced at last Sunday’s 70th Anniversary GP, even if it had not caused a major performance problem.

“Sebastian will have a new chassis, because after the Silverstone post-race analysis, we spotted a small fault caused by a heavy impact over a kerb,” Simone Resta said, Ferrari’s head of chassis engineering.

“It would not have had much of an effect on performance, but it was the logical decision to take.”

Vettel finished 10th and 12th in the back-to-back events at Silverstone, leaving him a lowly 13th in the Drivers’ Championship after five races in his final season for the Scuderia. After missing out on Q3 in the second event, he spun at the race’s first corner after losing his car over the kerb.

By contrast, team-mate Charles Leclerc is fourth in the standings after taking the underperforming SF100 to three top-four race finishes so far.

Vettel has admitted he is lacking confidence in Ferrari’s car.

“I guess something’s there that I’m missing, I’m not sure what it is, but nevertheless I try and get out of bed and do the best that I can,” he told Sky F1 after Sunday’s race.

“For sure [at Silverstone] we could have been higher up. On my side with the spin I’m not sure what happened there, but then also with strategy we could have recovered better. The main difference is we don’t have clean races from where we start and he [Leclerc] had a couple of clean races so far.”

Ferrari are expecting a tough return to Barcelona’s Circuit de Catalunya with “no particular updates” to their car.

“We arrive in Barcelona knowing this will not be an easy weekend for us, given how testing went here in February,” Resta said. “However, over the five races run so far, we have worked hard to try and improve our car’s performance and extract all its potential.”

What are people saying about Vettel and Ferrari?

Amid his struggles with Ferrari’s challenger, Vettel’s relationship with the team has also been put under further scrutiny by his radio comments last Sunday.

In a terse radio message during the race, he suggested that they had “messed up” his strategy during the British GP as he attempted to fight back through the field.

Vettel later told Sky F1: “We spoke this morning that there’s no point pitting knowing that we will run into traffic and that’s exactly what we did. We went also onto a hard tyre that we then only had on for roughly 10 laps, probably not even that. So it didn’t make any sense.”

Martin Brundle, Sky F1 pundit: “If this were a normal length season I’d say his messy divorce with Ferrari would never make it to the final races, and it might still be a challenge. He never looked a top-10 runner at either of the two Silverstone events and currently sits 13th in the championship.”

Ross Brawn, F1’s motorsport chief: “It’s going to be a measure of Sebastian and the team how they deal with the rest of the season.

“They clearly have a very frustrated driver, and they need to find ways of keeping it together for the rest of the year for the interests of both of them. They need to try to turn a lose-lose into a win-win.

Jenson Button, Sky F1 pundit: “His head has dropped, and hopefully we’re going to come to the race next weekend and it’s the Sebastian Vettel that we are used to.

“I remember in 2010-2013 when I was competing against him, most of the time he didn’t put a foot wrong. He was always there and could always get a lap out of the car. He just can’t do that at the moment.”

Mattia Binotto, Ferrari team boss: “We must do all we can to ensure that he too can make the most of his talent and use all the car’s potential.”