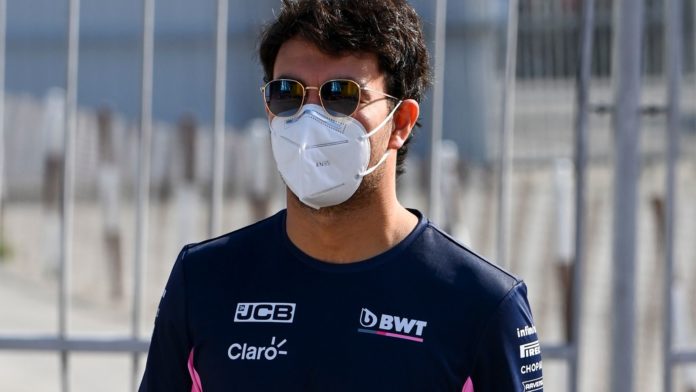 Mexican driver back in the paddock at Barcelona for this weekend; Hulkenberg stands back down after impressive Silverstone outings

Sergio Perez will return to his Racing Point seat for this weekend’s Spanish GP after testing negative for coronavirus.

The Mexican driver had contracted COVID-19 and was ruled out of the two Silverstone races after repeat positive tests, with Nico Hulkenberg racing in his place.

But his latest test ahead of this weekend’s Barcelona race has returned a negative result and Perez has duly been cleared to return to the paddock and drive this weekend.

CONFIRMED: We’re pleased to share the news that @SChecoPerez has tested negative for COVID-19 💪

The @fia have confirmed that Checo can return to the @F1 paddock and he will compete for the team in this weekend’s #SpanishGP 🙌 pic.twitter.com/adYfWW5jWU

Speaking before the news was confirmed, Perez had said: “I’m very lucky that I’ve only had mild symptoms, so I’ve been able to keep training and make sure that I’m ready to jump back behind the wheel of the car.

“I’m very glad I had my tablet to keep me entertained too, though! I’ve definitely missed racing and it was hard to watch from the outside. I can’t wait to get on track, hopefully this weekend.”

The 30-year-old returns to a RP20 car that is again likely to be competitive at a fast Circuit de Catalunya circuit. Stand-in Hulkenberg qualified third at Silverstone last week, finishing seventh in the race just behind team-mate Lance Stroll.

Perez has finished in the top seven in all three race he has competed this season.

What now for Hulkenberg?

The German’s brief return to the team he had previously competed 78 races for is therefore over, although his strong performances as ‘super-sub’ have put him back on the radar with other teams for 2021.

Hulkenberg, who dropped off the grid at the end of last season when Renault released him, said talks with team chiefs had already been happening before his call-up.

“There are conversations already ongoing for quite a while, not just now because of this,” he told Sky F1. “Obviously that’s kind of a process, you stay in touch with team principals, you talk about possible opportunities and what might change.

“That’s still ongoing, obviously behind the scenes. I think it’s still going to take a while to get an answer there, but that’s OK for me.”