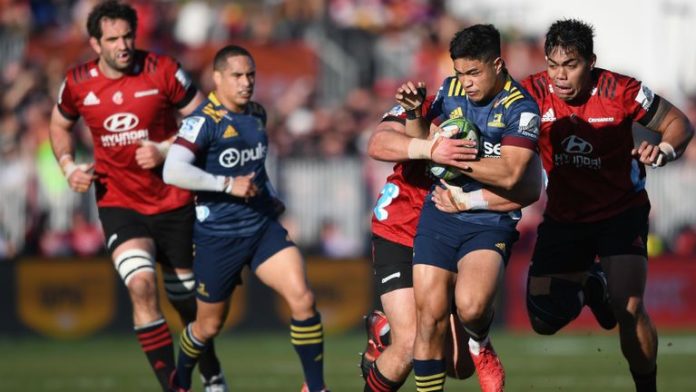 Crusaders chief executive Colin Mansbridge says his side had not fulfilled their role as guardians of the Super Rugby Aotearoa trophy after it was damaged during their title-winning celebrations.

The Crusaders wrapped up the title last weekend with a match to spare and were then presented with the trophy, which was specially made for the domestic competition.

The ‘Tu Kotahi Aotearoa’ trophy features a carved wooden base representing an upturned Maori ‘waka’ canoe with a ‘mere pounamu’ – a ceremonial weapon of Maori chieftains – mounted on top.

Images emerged of the trophy with chips to the base and the mere missing.

Mansbridge said the trophy had been dropped as it was being passed around and that the mere was then removed temporarily by a player to prevent any damage to it.

He said the incident had tarnished their title win, which came on the heels of three successive championships in the full Super Rugby competition from 2017-19.

“By winning Super Rugby Aotearoa, we become kaitiaki (guardians) of the trophy and it’s a trophy that has significance more broadly than just the club,” he said.

“We haven’t fulfilled our obligations as kaitiaki as full as what we should.”