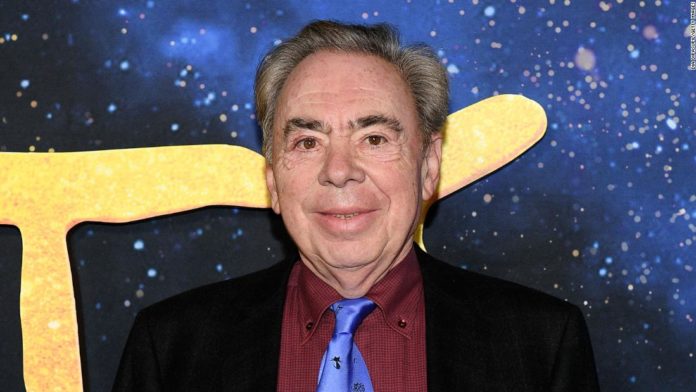 Lloyd Webber announced the move on Twitter on Wednesday and received high praise from those in the theater and acting industries.
“I am excited that tomorrow I am going to be vaccinated for the Oxford Covid 19 trial,” he wrote. “I’ll do anything to prove that theatres can re-open safely.”
Performing arts are facing huge challenges due to coronavirus measures which have shut theaters and other venues, and Lloyd Webber is apparently desperate to get shows up and running again.
Actor Jeremy Secomb was among those who replied to Lloyd Webber’s tweet.
“Thank you. It’s so amazing how you’re leading from the front,” he wrote.
Fellow actor Jennie Dale also commented: “You Sir are giving us the help and hope we so need, thank you from the bottom of my heart x.”
Lloyd Webber is taking part in trials for a coronavirus vaccine developed by the University of Oxford and pharmaceutical company AstraZeneca. It is one of a number of vaccines to have shown encouraging early results.
Successfully developing a vaccine would be a huge step towards allowing many parts of public life to resume, including the reopening of venues such as theaters.
As things stand, shows at Broadway theaters in New York will not be returning to the stage until at least January of 2021, according to The Broadway League, a national trade association for the Broadway Industry.
All 41 Broadway theaters have been closed since March 12 due to the coronavirus pandemic, and The Broadway League has repeatedly extended the suspension of shows.
In London, William Shakespeare’s Globe theater, the famous London playhouse where the playwright’s shows were performed, faces permanent closure as a result of lockdown measures, the theater and UK politicians have warned.
In addition to campaigning to get theaters open again, Lloyd Webber has been doing his bit to entertain fans during coronavirus lockdown.
In April, he set up a YouTube channel that streamed performances of his musicals — such as “The Phantom of the Opera,” “Joseph and the Amazing Technicolour Dreamcoat” and “Jesus Christ Superstar” — for free.
The channel also featured behind-the-scenes footage and scenes from other musical performances.
Viewers were invited to donate to The Actors Fund, which is raising money for Covid-19 Emergency Relief.