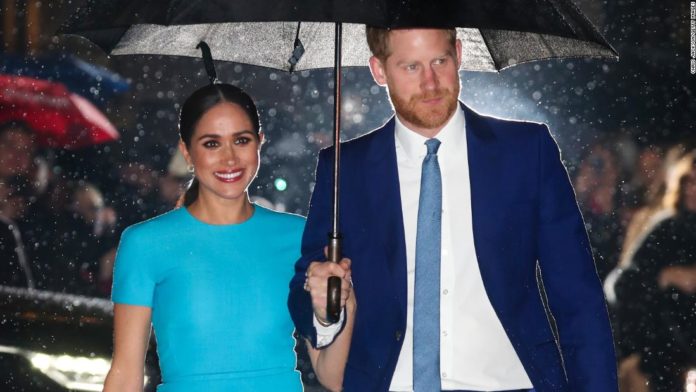 A representative for the couple told CNN that they moved into the home last month.
“The Duke and Duchess of Sussex moved into their family home in July of this year,” the spokesperson said in a statement. “They have settled into the quiet privacy of their community since their arrival and hope that this will be respected for their neighbors, as well as for them as a family.”
The couple can now call some of their celebrity friends — like Oprah Winfrey, who lives nearby — neighbors.
This new chapter comes just mere months after another one closed. In January, the two announced that they were stepping back from the royal family, giving up their royal titles. They said at the time that they wanted to be financially independent.
“After many months of reflection and internal discussions, we have chosen to make a transition this year in starting to carve out a progressive new role within this institution,” the couple wrote in a statement posted to their former Instagram account earlier this year. “We intend to step back as ‘senior’ members of the Royal Family and work to become financially independent, while continuing to fully support Her Majesty The Queen.”
It didn’t go quite as planned. The palace released its own statement in response and several conversations took place. Shortly thereafter, the couple moved to Canada with their son, Archie.
The couple have kept a low profile since relocating to Markle’s hometown of Los Angeles. They have been spotted delivering meals to residents in need during the pandemic since officially giving up their royal duties in March.
Markle also appears to be settling back into her Hollywood roots as the narrator for the Disney+ documentary, “Elephants.”