Home Lifestyle Is AI-Assisted Botox the Future of Anti-Aging Skincare? 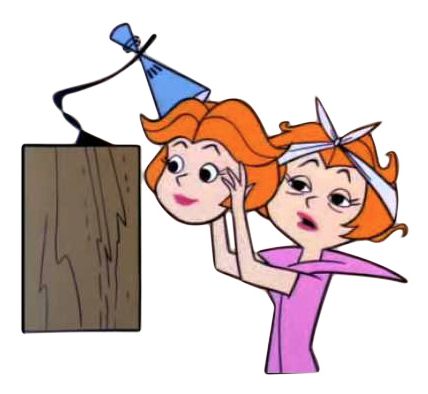 I have a bone to pick with The Jetsons. If we were to believe a cartoon, by now we’d all be zooming around in flying cars and letting robot maids cleans up after us (your Roomba doesn’t count). Instead, what we have is a global pandemic and a year of off-the-charts social unrest. Our lives have in many ways become smaller, not larger; the best we can do to maintain some semblance of normalcy is interacting with people through our computer screens (that’s one thing they did get right).

Which makes me think of the Jetsons’ invention I’m most resentful isn’t a real thing: the Morning Mask, a full-on new face that Jane Jetson puts on when an early video call catches her off guard (sound familiar?). What I wouldn’t give to click that “start video” button on Zoom and not see the bags under my eyes, the pimples on my cheeks, and the wrinkles across my forehead.

As the months have dragged on, I haven’t been able to tear my eyes away from my forehead and what’s going on with it. I, like many people, used to get Botox regularly (about every four months, as recommended). And I, like many of those same people, was way past due. Seeing the lines and creases slowly creep back into my face, most certainly exacerbated by the constant stress I’ve been feeling and the squinting into my computer screen I’ve been doing, was like watching a very, very slow-moving car crash.

But here’s the thing: As much as I hated to see it happen, I also wasn’t sure I was quite ready to go out to get a treatment. I’m not one of those people who ran back to restaurants the moment they reopened or banged down the doors to my gym begging them to let me in. I’ve been erring on the side of caution, and for a while, getting Botox didn’t feel like something worth taking the risk. That was until I realized that we’re likely going to be wearing masks for a long time and when half your face is covered, people notice what’s going on in the top hemisphere way more easily. Plus, if Zoom is our new normal, I can’t rely on the “smooth your appearance” filter as my only option.

I know I’m not the only one. Nearly every dermatologist I’ve spoken to in the last few months has said the number one reason patients are coming in is Botox. As our faces fill screens and our eyes peek above masks, we focus on the areas we can see, wrinkles and all. 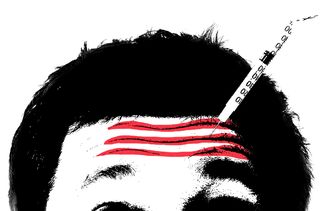 It was a new company called Peachy that finally got me out of the house and under the needle. Peachy, which calls itself a wrinkle prevention studio, focuses on preventative Botox—meaning the goal is to use smaller amounts of the neurotoxin to prevent wrinkles before they start showing, not after (the only other services it provides are customizing retinoids and sunscreen for clients, both of which are also proven to prevent wrinkles). But, since I’m no stranger to Botox, what really drew me in was the proprietary artificial intelligence-assisted Botox technique, in which an algorithm helps design a treatment plan unique to each patient and their individual goals.

It’s hard to justify possibly compromising health and safety in the name of an elective, aesthetic procedure these days, but thinking about AI-assisted Botox, I wondered whether it might, in some ways, be a little safer than getting it done the traditional, face-to-face way. Could this be the first step to robot-administered treatments, where we may not even need human interaction? 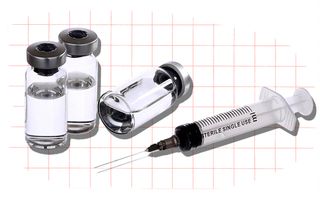 In some ways, Botox actually seems like a relatively safe-ish procedure to get done right now; you can keep your mask on the entire time, unlike say, the dentist. That’s what I was told to expect before I even showed up to my appointment at Peachy, in addition to the now-standard questions about COVID-19-related symptoms, exposure, and travel. When I arrived, masked and ready, my temperature was taken and approved before I was ushered into a room to have photos taken (featuring various extreme expressions). These photos, the only time I took off my mask during the whole experience, would be uploaded into their program to help evaluate everything from my muscle dynamic activity (which indicates potential future wrinkles) to the depth and size of existing lines and overall skin quality.

Once the algorithm was applied to my photos, little dots and numbers peppered my picture. These, said Carolyn Treasure, M.D., co-founder of Peachy, are a rating system that measures the dynamic movement of my muscles on a scale of one to five. A five, like along my frown lines, is the highest movement; a one, which I had nowhere on my face, is the lowest. This rating system, I found, was a helpful way to not only understand what was going on with my face, but also in discussing a treatment plan. “One treatment plan might get you from a five to a three,” says Dr. Treasure. “It’s helpful to contextualize what Botox can achieve.” 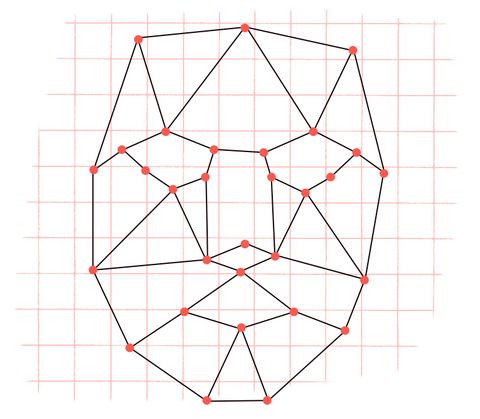 The biggest question people always have about Botox is whether it will make their face look frozen. With this method, patients like me are able to customize how much movement they retain. Based on the same number system, I was able to say whether I wanted more movement or less; I chose less, if only because if I’m going to get Botox, I want to be able to see the results on Zoom, dammit. But even choosing the lower end of the spectrum, Dr. Treasure assured me, wouldn’t mean I’d end up with frozen face.

Once my preferences were set, they were fed into another algorithm which peppered my picture with a new series of dots and numbers, this time to show how many units of Botox would go where in order to achieve what I was hoping for. “This is a jumping-off point,” said Dr. Treasure. The algorithm is based on thousands of patient cases and comes up with a recommended plan “based on similarities in age, gender, wrinkle analysis, and the quantifiable results they achieved. It’s using data to show a proven result.” I was then able to customize it from there, asking for more or less units in certain places, for instance.

“Personalization comes from the conversation about your goals and your unique anatomy,” says Dr. Treasure, squelching the idea that this is akin to automated Botox. “Medicine is an art and a science. This [algorithm] begins to standardize the science part, but so much is still left to the art,” meaning it still takes an actual trained professional to administer the Botox properly and safely. 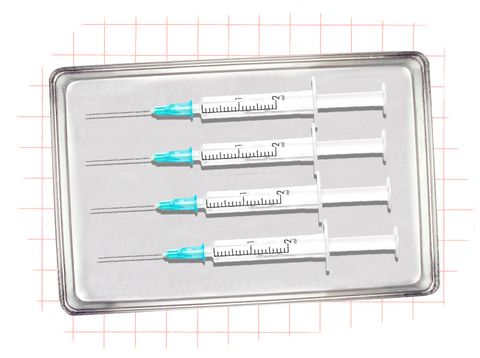 Once she reviewed my treatment plan and I signed off on it (focusing between my forehead and a light dusting of ‘tox on my crow’s feet), she returned with a new N95 mask and a tray laden with pre-dosed syringes of Botox. I’d iced my forehead while she was gone and once she got started, the whole experience lasted roughly ten minutes, following the picture as a guide. With a few bumps from the injections, and a squish of hand sanitizer for good measure, I was on my way out.

In recent years, preventative Botox has become increasingly popular among the millennial set. Unsurprisingly, Peachy, with its trendy genderless design and techy algorithm-driven philosophy, has been busy servicing that exact clientele even while opening during a global pandemic. And a “large percentage” of clients are men, according to Dr. Treasure, who credits the fact that they “do one thing and do it well,” which their male clients appreciate whether they’ve gotten Botox before or not. About half of Peachy’s clients so far have been first-timers, she says, and partially credits the flat rate pricing ($375 per treatment and a complimentary two-week touchup visit if needed), which makes it easier for men and women who are curious to make the jump.

And I’m betting more and more people will make that jump in the coming months. Botox treatment numbers have been steadily climbing for the last decade, among both men and women, and experts don’t anticipate them slowing down any time soon. And while AI-assisted Botox wasn’t quite the robotic, contactless experience I dreamt in my head, it was still worth it for me. As I write this a week later, after my Botox has kicked in and my face looks almost as smooth as an Instagram filter, I have just a little less anxiety logging onto Zoom. If Botox can provide that bit of respite, even for the next four months till I need a refresh, I’m cool with that.

Saturday Sessions: The Lumineers perform “Life In The City”

Saturday Sessions: The Lumineers perform “It Wasn’t Easy To Be Happy...