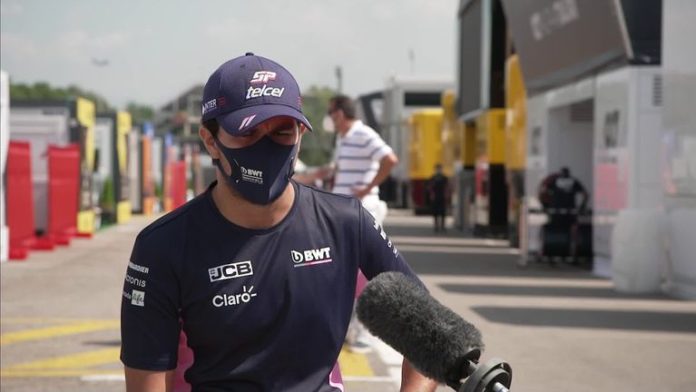 Perez slams reports of visiting sponsors in Mexico as “bull****”

Sergio Perez says he has “no idea” where he contracted coronavirus but is confident it was not during a trip to Mexico, insisting ahead of his Spanish GP return he was just the “incredibly unlucky” Formula 1 driver.

Perez has missed the last two races after testing positive for COVID-19 before the British GP and 70th Anniversary GP at Silverstone – with Nico Hulkenberg replacing him – but will be back in the Racing Point car this weekend after returning a negative result ahead of the Spanish GP.

The Racing Point driver is adamant he has taken all the necessary precautions since the F1 season started in early July, explaining the details about his trip home to Mexico in between the Hungary and UK races.

“I went to Mexico to see my mum because she had an accident,” Perez told Sky Sports F1’s Rachel Brookes in the Barcelona paddock on Thursday.

“I went there for two days and then I came back to Europe. I took all the precautions, I put everything in place. And certainly I didn’t get it in Mexico.”

Perez is the only driver, and one of only three personnel at an F1 weekend, to have had a positive coronavirus result from the thousands of private tests conducted.

“I was incredibly unlucky,” Perez added. “It’s how it is with this virus, I’ve done nothing different to the people in this paddock. Everyone goes home, everyone is taking planes, being in hotels.

“We are in a constant risk and unfortunately I was the unlucky one to have got it.”

But Perez slammed reports he had visited sponsors while in Mexico – or interacted with fans – as “bull****”.

“I have no idea [where I got it],” he said. “This virus is just everywhere and I was very unlucky.”

Perez, who says his only COVID symptoms were a headache and tiredness, admitted it was “very difficult” to watch Hulkenberg race in his place, although praised the German for his performances.

The Mexican was also asked about his F1 future, with Sebastian Vettel strongly linked with his seat for next year.

But when told that it was unlikely Lance Stroll, whose father Lawrence owns the team, would be making way for four-time world champion Vettel, Perez replied: “I’m not making way either! I hope not.”