Home Sport Willian to sign for Arsenal by Saturday 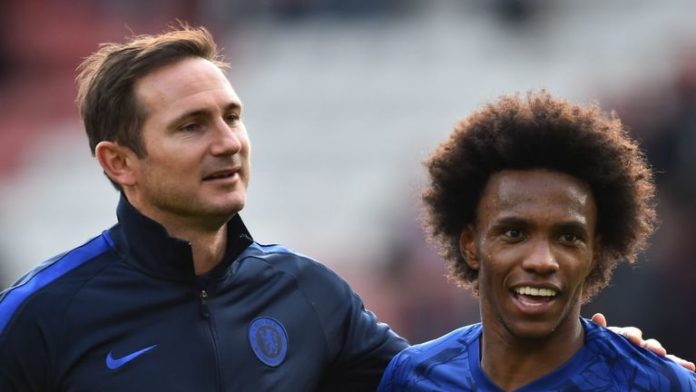 Willian is expected to become an Arsenal player by Saturday after his release from Chelsea.

The 32-year-old left Stamford Bridge at the end of his contract after a seven years at the club, with Chelsea only willing to offer him a two-year deal rather than the player’s desired three years.

Arsenal moved into pole position to sign the Brazil international by offering a three-year contract last week, and are on the verge of beating off competition from Barcelona and Inter Miami.

Along with the length of the deal, joining Mikel Arteta’s rejuvenated side and the chance to work with fellow Brazilian Edu are the reasons Arsenal are favourites to secure Willian’s signature.

Willian made 47 appearances for Chelsea in all competitions and finished the season in fine form, with four Premier League goals after the restart taking his tally for the season to nine.

Local foes very rarely choose to do business with each other but in recent years Arsenal and Chelsea have flouted the unwritten rivalry rules, with several players having surprisingly moved between the two sides.

With Arsenal understood to have offered Willian a three-year contract offer, we assess the impact of those who crossed between north and west London.

Pierre-Emerick Aubameyang and Willian are on the verge of signing long-term Arsenal contracts – but is this shrewd business, or are the Gunners undermining their interests?

That was one of the topics of debate on the latest edition of the Transfer Talk podcast, where ESPN football expert Gabriele Marcotti joined Sky Sports News duo Pete Graves and Dharmesh Sheth to discuss the latest major developments from the summer window.

How transfers can help Arteta build his project

It is often said a new manager will need a couple of transfer windows at least to shape a team to their liking. It gives the boss a chance to weed out the unwanted and recruit their favoured sort to create something more in line with their ideas.

In this regard, Mikel Arteta is no different, even though he has shown an impressive ability to coach and coax players already at Arsenal into his way of thinking. That has been quite an achievement considering some had grown used to a lazy culture where sub-standard performances got continually overlooked.

No longer. A healthy accountability has livened everybody up. Like all the top managers, Arteta has started to create an environment that players want a part of – a crucial step in his early work.