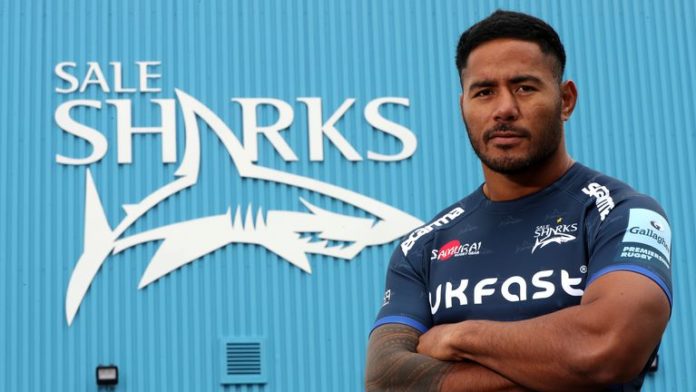 Manu Tuilagi will make his Sale Sharks debut against Harlequins when the Premiership season resumes on Friday.

Fellow World Cup winner Faf de Klerk is back at scrum-half for the first time since January. He is partnered at half-back by Rob du Preez, whose brothers Jean-Luc and Daniel are named in the pack, with former Harlequin Marland Yarde selected on the wing.

Ex-Sale back Chris Ashton makes his Harlequins bow against the club he left in March and he is joined in the back three by Mike Brown, who has recovered from the knee injury that has kept him sidelined since November.

Centre Joe Marchant returns from his spell in Super Rugby while summer signing Scott Steele could make his debut off the bench.

“It has been a long five months without the sport we love and we are delighted to have the privilege of kicking off the competition once more,” said Paul Gustard, Harlequins’ head of rugby.

“It has been an unusual mid-season pre-season with limitations and moderations, but the time has also allowed us to regain a healthy squad, with injuries hampering our progress and continuity in the first half of the season.

“Sale are a dangerous team with a host of international players and they will always be a tough test. We respect them and are well aware of the humbling we took at the AJ Bell earlier in the campaign.”

Barcelona in talks with Traore | Wolves forward unconvinced by Spurs