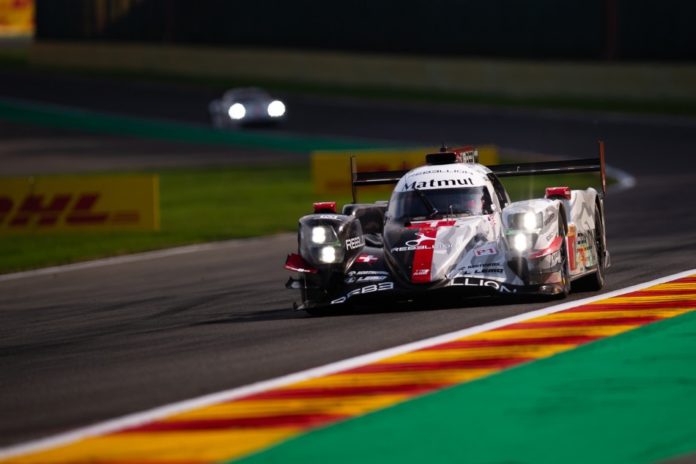 The FIA World Endurance Championship returned to the track for the first time since February with a 90-minute Free Practice session for the Total 6 Hours of Spa-Francorchamps.

Under blue skies and bright sunshine, the no1 Rebellion Racing R13-Gibson topped the time sheets with Norman Nato setting a session best of 2m02.469, over a second ahead of the second fastest car the no4 Bykolles Racing Team Enso CLM P1/01 of Oliver Webb.  The two Toyota TS050s were third and fourth fastest, with the championship leading no7 Toyota of Mike Conway 1.163 seconds behind the Rebellion and just under two tenths ahead of the no8 TS050-hybrid of Kazuki Nakajima.

In the LMGTE Pro category Porsche led the way with reigning champion Michael Christensen posting a lap of 2m16.057 around the 7km Spa-Francorchamps circuit.  The Dane was just over two tenths ahead of Maxime Martin in the no97 Aston Martin Racing Vantage and nearly three tenths ahead of the no91 Porsche, with Gianmaria Bruni posting a 2m16.349 lap.  The two AF Corse Ferraris were 4th and 5th with the no51 488 GTE ahead of the no71 sister car.

LMP2 was headed by the bright yellow Racing Team Nederland Oreca with Giedo Van der Garde setting the class best of 2m03.888, just 0.064 seconds slower than the no8 Toyota Gazoo Racing LMP1.  The no38 JOTA Oreca was second fastest in the LMP2 category with Anthony Davidson setting a 2m03.935, just 0.047s behind Van Der Garde and 0.184s ahead of the no22 United Autosports Oreca of Phil Hanson.  The top six cars were covered by just 0.644 seconds at the end of the 90-minutes.

Ferrari led the way in LMGTE Am with the no83 AF Corse 488 GTE EVO of Nicklas Nielsen setting a session best time of 2m17.853, 0.167s ahead of Augusto Farfus in the no98 Aston Martin Racing Vantage and a further 0.162 seconds ahead of the no56 Team Project 1 Porsche of Matteo Cairoli.

The second Free Practice session of the Total 6 Hours of Spa-Francorchamps will take place tomorrow morning at 09h30.