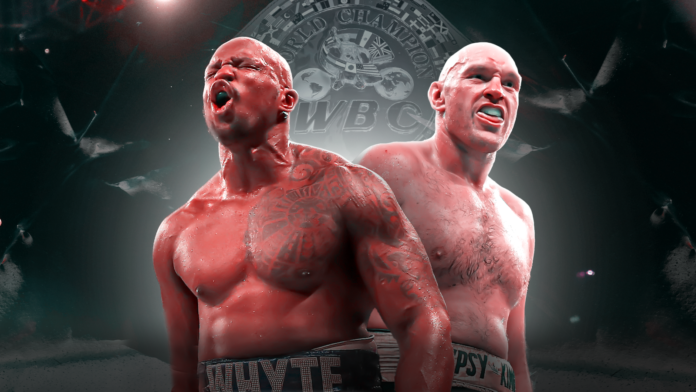 The WBC has made its position clear about Tyson Fury’s WBC title commitments to Dillian Whyte, who remains set to receive a mandatory fight in early 2021.

Fury is yet to confirm his next WBC heavyweight title defence, with US promoter Bob Arum even suggesting a third fight with Deontay Wilder could be pushed back until February.

But WBC president Mauricio Sulaiman has reiterated his ruling last week that the Fury-Wilder winner must make a defence against Whyte, who risks his mandatory status against Alexander Povetkin on August 22, live on Sky Sports Box Office.

“No, we don’t pay attention to outside external information,” Sulaiman told Sky Sports. “All we can do is rule by official communications and it is our belief that the [Fury-Wilder] fight will take place in December as they have communicated to the WBC.

“The next fight is Wilder-Fury and the winner to face Dillian Whyte, if he beats Povetkin.

“We can only rule on what is available and what is the reality. The WBC position is clear – Wilder-Fury, the winner against Whyte, if he wins against Povetkin.”