Home World 40 Years Ago: Lessons From the Eruption of Mount St. Helens 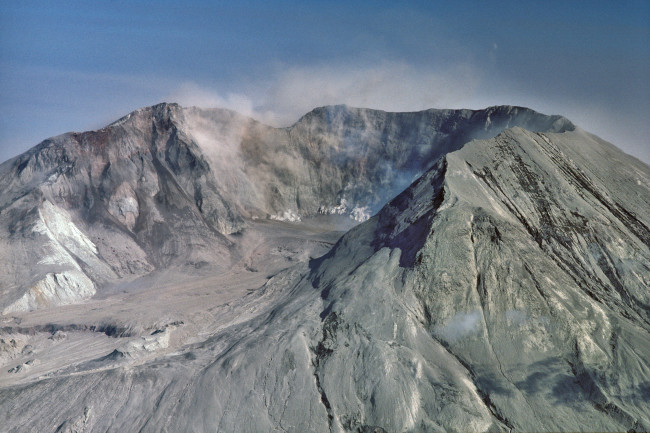 This story appeared in the September/October 2020 issue as part of Discover magazine’s 40th anniversary coverage. We hope you’ll subscribe to Discover and help support our next 40 years of delivering science that matters.

From the October 1980 Issue

There was no sound at all from the mountain, just those gentle-looking puffs of steam,” says photographer Michael Lawton, recalling his mid-April morning hike to photograph Mount St. Helens. Despite the warning signals — white vapors rising from the summit — Lawton felt no fear: “I remember saying to myself that this would be a good place to see it explode.”

With backpack and snowshoes, Lawton and his local mountain guide had trudged for five hours up snowy slopes to reach their mile-high vantage point, about eight miles from the smoldering mountain. Had they been there a month later, on May 18, the date of the volcano’s most violent eruption, they would have had only seven minutes before the onrushing wall of hot gas, ash and rock overwhelmed them. Says Lawton: “Just enough time to pour one last drink.”

Lawton returned four months later to within about a hundred feet of the same spot to take another picture. He was stunned by the transformation of the once beautiful terrain into a desolate, Martian-like landscape. Well, not quite desolate. New plants have begun to poke through the ash, and ever since the eruptions began, the area has been crawling with scientists eager to use Mount St. Helens as a natural laboratory for probing the inner workings of an active volcano. Their seismographs record each tremor, while instrument-laden planes fly through the rising plumes and satellites peer down at the ash-filled atmosphere — all in an effort to profile the mountain’s unique personality. 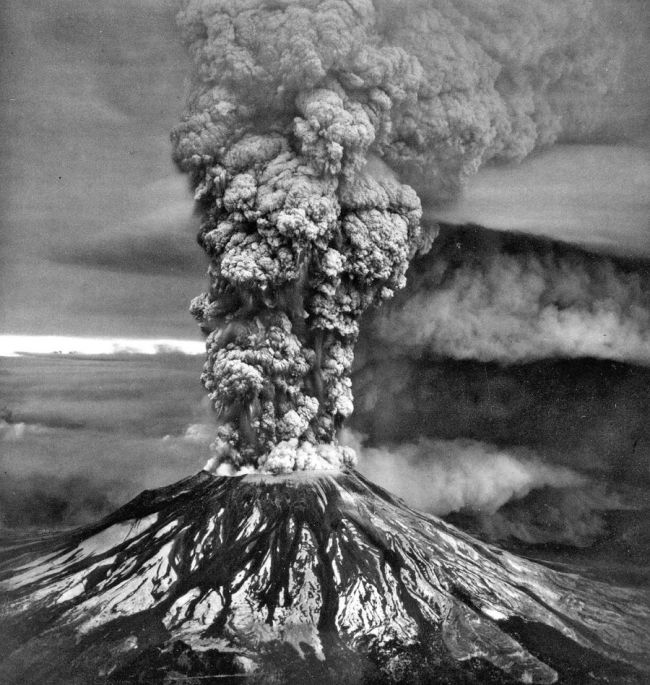 Those months of volcano-watching are paying off. Geologists at the site have compiled a rather good record for forecasting the series of moderate eruptions that have occurred since the May 18 blast. “We’re still groping with even attempting at making predictions,” says Peter Lipman, a geologist with the U.S. Geological Survey (USGS). “We have had some apparent successes, but the test will be whether we can repeat them.”

Seismic activity continues to be the major forecasting tool. Many of the eruptions at Mount St. Helens, like those of other volcanoes, are preceded by harmonic tremors — rhythmic motions of the earth that are thought to be caused by the movement of magma (molten rock) deep within the mountain. Just before the August 7 eruption, the tremors started at noon and soon grew so intense that officials sounded the alarm for an evacuation from the restricted “red zone,” which extends 20 miles in all directions from the volcano. Four hours later Mount St. Helens blew a tower of ash and steam 44,000 feet into the atmosphere.

The volcano’s bulges are another precursor of violence. “Just before an eruption we see a swelling pattern, as if you were blowing up a balloon,” says Lipman. “Then, after an eruption, there’s a reverse pattern — a deflation.”

By bouncing laser beams off reflective targets placed on the mountain, scientists determined that its north flank was expanding as much as six feet a day before the big May eruption. Since then, the daily deformation has been measured only in fractions of an inch.

More promising clues to understanding the volcano’s fickle nature may be gleaned from the thousands of tons of gas and steam it belches forth each day. Before the July 22 and August 7 eruptions, for example, scientists detected a change in the ratio of carbon dioxide to sulfur dioxide in the gases being vented. During one quiet period, the volcano gave off about 14 times as much carbon dioxide as sulfur dioxide. But for several days before the August 7 event, the ratio declined steadily, to about three to one — for reasons scientists do not fully understand. “We hope this pattern will be repeated in the coming weeks,” says William Rose, a professor of geology at Michigan Technological University. “We might then be able to give a 24-hour warning before an eruption.”

Gas emissions also reveal information about the viscous magma bottled up inside the volcano and now surfacing to form a lava dome. Says Rose: “The gas emission rate of St. Helens is very high and suggests that significant amounts of magma are the surface.” Once the magma has given up all its gas, the mountain may start spewing out lava (like the familiar Hawaiian volcanoes) rather than erupting explosively. “It is something to watch for,” says Lipman.“St. Helens’ geologic record shows that it has previously gone into a lava flow phase late in a volcanic sequence.”

But nothing is certain about this volcano. “Mount St. Helens has a wide repertoire,” says Donald Peterson, the USGS scientist in charge of the Mount St. Helens project. “It’s likely to do anything that it has done in the past, but it could also come up with some new acts.”

Whatever Mount St. Helens does, the USGS apparently expects that it will keep percolating for a long time to come. The agency has requested more than $11 million from Congress to continue monitoring not only the U.S.’s one active volcano but also the other potentially explosive mountains in the Northwest’s Cascade range.

2020 Hindsight: After the Blast

When Mount St. Helens exploded sideways on May 18, 1980, the dust did not settle quickly. After a 5.1-magnitude earthquake caused the volcano’s summit to collapse in the largest landslide in recorded history, a blast of ash, rocks and hot gas sped out of its north side at over 300 mph. The shock wave flattened the surrounding forest, while mudslides destroyed hundreds of homes. The wind carried millions of tons of ash all across the U.S. In total, the eruption killed 57 people — most of whom suffocated after their lungs filled with volcanic matter. 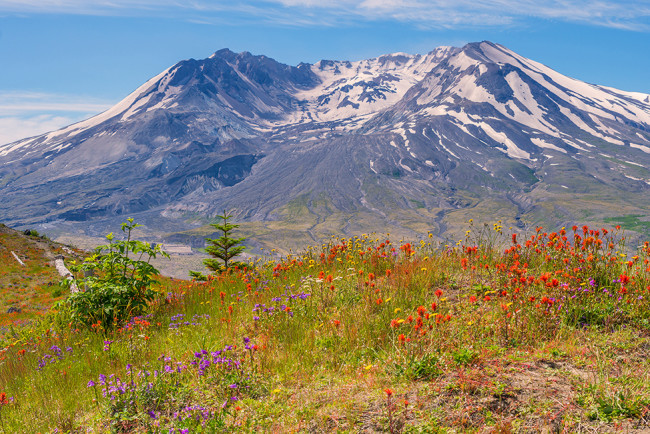 Four decades later, ecosystems are rebounding around the volcano, providing ecologists with a unique environment to study. (Credit: Roman Khomlyak/Shutterstock)

The blast would spark a seismic shift in science, too. Amid the devastation, Mount St. Helens became a living laboratory for the study of volcanic activity. For starters, it showed that a single explosion can be caused by other events. In this case, an earthquake triggered a landslide, which in turn depressurized the magma beneath its surface. This created a cloud of debris and gas that tore through the volcano’s side — a cascade of events that taught scientists that other volcanoes might flare up in similar ways. It also drove volcanologists to refine their monitoring efforts to help predict eruptions. That evolution continues to this day: In 2019, Congress authorized the U.S. Geological Survey to develop an early warning system to monitor hazardous volcanoes across the country, including Mount St. Helens.

The lessons learned weren’t just limited to volcanology, either. For decades, ecologists have used the volcano to study how life survives — and rebounds — in a once-decimated environment. Scientists observed that the survivors within the blast area included plants with underground buds, burrowing animals, and other organisms shielded by snow or terrain. And while the blast leveled acres of trees, the avalanches of debris formed two new lakes and over 150 ponds. Today, fish and frogs are flourishing in many of the area’s new bodies of water; Pacific tree frogs, for example, started colonizing ponds just one year after the blast.

If scientists in 1980 knew what we do now, would they have been able to lessen the devastation caused by Mount St. Helens? We may never know. But 40 years later, it’s clear that science — from volcanology to ecology to public health — is still learning from the volcano’s big moment. — Alex Orlando

A Hong Kong teenager’s death became a magnet for conspiracies, and exposed deep problems in how the city operates

Venus is a Russian planet — say the Russians