Home Sport Andreescu will not defend her US Open title 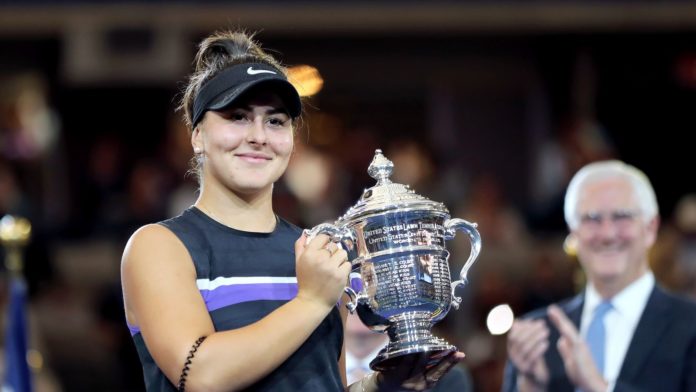 Bianca Andreescu has become the latest high-profile name to miss this year’s US Open with the Canadian deciding against defending her women’s singles title.

The 20-year-old, who has not competed since she suffered a knee injury last October, said on social media she made the difficult decision because the COVID-19 outbreak has compromised her ability to reach her highest level of form.

Andreescu joins 2019 men’s singles champion Rafael Nadal in skipping the event, which is scheduled to start in New York on August 31.

Writing on Instagram, Andreescu said: “After many discussions with those closest to me, I have made the difficult decision not to return to New York this year.

“I have taken this step in order to focus on my match fitness and ensure that I return ready to play at my highest level.

“The US Open victory last year has been the high point of my career thus far and I will miss not being there.

“However, I realize that the unforeseen challenges, including the Covid pandemic, have compromised my ability to prepare and compete to the degree necessary to play at my highest level.”

She becomes the fourth woman in the top 10 to pull out of the tournament after No 1 Ashleigh Barty, Ukraine’s No 5 Elina Svitolina and No 7 Dutchwoman Kiki Bertens opted against travelling to Flushing Meadows.

Novak Djokovic revealed on Thursday that he would compete in New York.