Home World Russia offers to help US with Covid-19 vaccine; US says no 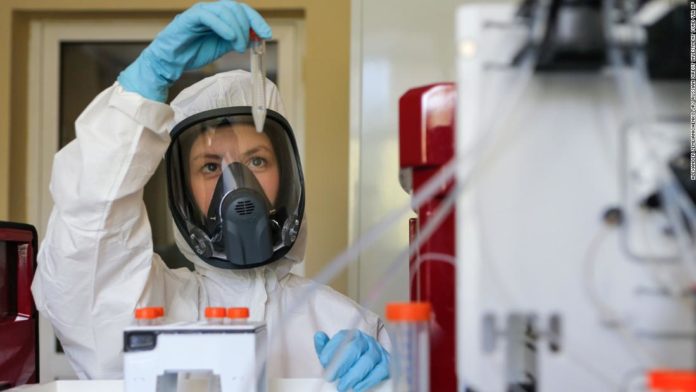 But the officials told CNN that the “US is not currently open” to the Russian medical advances.
“There is a general sense of mistrust of Russia on the American side and we believe that technologies — including vaccine, testing and treatments — are not being adopted in US because of that mistrust,” one senior Russian official told CNN.
White House Press Secretary Kayleigh McEnany said Thursday that President Donald Trump has been briefed on the new Russian vaccine. She said that American vaccines go through “rigorous” Phase 3 testing and high standards.
Other US officials told CNN the Russian vaccine is considered so half-baked in the United States that it hadn’t even piqued US interest in a serious way before the rollout. “There’s no way in hell the US tries this (Russian vaccine) on monkeys, let alone people,” one US government public health official said.
Russia announced on Tuesday that it had developed a vaccine against the coronavirus and President Vladimir Putin said his own daughter had received it. But tests are yet to be completed and some experts are skeptical about the claims.
The race to find an effective vaccine — more than 20 are in trials around the world — has global implications, not just for the health of billions of people, but potential billions in revenue for the successful developer and manufacturer.

Russian officials tell CNN that Russia is open to sharing information about the vaccine and that it would allow US pharmaceutical companies to produce the Russian vaccine on American soil.
CNN previously reported that Russia says some US pharmaceutical companies are interested in learning about the Russian vaccine, although the names of the firms have not been disclosed.
Following the rebuff from the United States, the Russian sources say Washington should “seriously consider adopting” the vaccine, telling CNN the newly approved Russian coronavirus vaccine, Sputnik V, could save American lives.
“If our vaccine proves to be one of the most effective, questions will be asked why the US did not explore this option any deeper, why politics got in way of access to a vaccine,” one senior Russian official told CNN.
CNN has contacted the US Preventive Services Task Force (USPSTF) and Operation Warp Speed for comment.
Russia’s sovereign wealth fund said in a news conference on Tuesday that at least 20 countries in Latin America, the Middle East and Asia have expressed interest in the vaccine. Notably, Philippines President Rodrigo Duterte says he has so much confidence in the vaccine that he’ll take it when it arrives in his country, and Mexico’s foreign minister said on Thursday morning that Mexico is in “in talks” with Russia about the vaccine.

Developed by the Moscow-based Gamaleya Institute, the vaccine was approved by the Russian government before beginning crucial Phase 3 trials in which it would be administered to thousands of people. Kirill Dmitriev, head of the Russian Direct Investment Fund (RDIF) announced earlier this week that Phase 3 trials of the vaccine would start this past Wednesday in Russia.
Russia hasn’t released any scientific data on its testing and CNN is unable to verify the vaccine’s claimed safety or effectiveness.
A senior US official and an adviser to the US government tell CNN that there are no procured samples of the newly announced Russia Covid-19 vaccine in the possession of the US government.
“They have enough disease now in Russia that they could conduct clinical trials but they don’t appear to have done that at a large enough scale,” said the government adviser who spoke to CNN on the condition no name be used. “There have been no trials of this vaccine. They’ve done too little work on humans to decide if it works on a larger scale. We’re talking totally inadequate safety data.”
Russia enacted a law in April which eliminated the requirement for crucial Phase 3 trials to be conducted before approval. This has allowed researchers to fast-track the vaccine development process.
“There’s all of this discussion about Emergency Use Authorization — in the case of a pandemic, there are a number of points where you could make a judgment to say the potential benefits of this vaccine outweigh the risks so we give it Emergency Use Authorization to get it approved quickly. That’s basically what Russia just did. It’s the October surprise we all fear,” the senior US official said.
“But in the end, the risks are far too great. The blowback in this country would be horrific,” the senior US official added.
Russia’s coronavirus vaccine will be gradually rolled out to high-risk people before a mass vaccination of Russians begins in October.
A former senior US administration official called the Russian vaccine “a joke,” adding that Russia didn’t complete the three phases of testing, and so no one — not the World Health Organization or the US — is taking it too seriously. The source continued to say that China is “much closer to winning the vaccine race.”
US government officials and government advisers told CNN they believe China is much more serious and responsible with its own testing. “China is very much wanting to join the world of normal response and regulation and they are trying to do that,” one official said.
The American sources noted that they believe the only reason Russia is doing this is for leverage — mostly, in the hope of exchanging it for strategic assets. Putin, like Trump, is under significant pressure to demonstrate formidable efforts to defeat the virus.
“No one will dare question him (Putin), and Russian standards for efficacy don’t match those of the US,” one former official said.

This story was reported and written by Matthew Chance and Zahra Ullah in Moscow, and Vivian Salama in Washington DC.