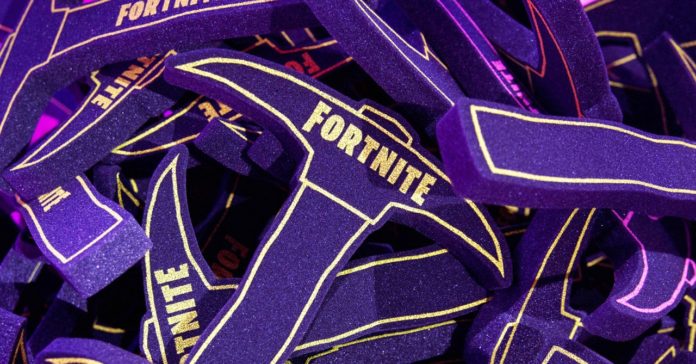 Fortnite creator Epic Games launched a spear at Apple’s gatekept iOS App Store market today with a lawsuit filed in the US District Court of Northern California. The move aligns with the developer’s years-long quest to disrupt digital marketplaces and their associated fees—and comes as Apple has faced increased antitrust scrutiny on Capitol Hill.

Alleging that Apple’s grip over the iOS market is “unreasonable and unlawful,” Epic Games seeks to force access to more apps and payment processing options on iOS. The lawsuit came just moments after Apple removed Fortnite from its iOS store for instituting an in-app payment system that let users circumvent Apple altogether, a violation of App Store guidelines.

“Apple’s removal of Fortnite is yet another example of Apple flexing its enormous power in order to impose unreasonable restraints and unlawfully maintain its 100 percent monopoly over the iOS in-app payment processing market,” said an Epic Games representative.

Epic Games’ Fortnite boasts 350 million players, some of whom access the bubblegummy shooter on iOS devices. As with all iPhone and iPad apps, the only way for iOS users to download it is through Apple’s App Store. While Fortnite is free to install, it brings in serious money through in-app payments—about $60 million in the past three months alone, after Apple takes its standard 30 percent cut, according to app analytics company Apptoptia. It’s consistently among the five top-grossing apps in the App Store.

Fortnite famously skipped the Google Play Store altogether when it launched on Android in the fall of 2018. Unlike Apple, Android allows you to “side-load” apps from outside official channels. Epic Games ultimately relented, putting Fortnite in the Google Play Store in late April. But earlier today it took the provocative step of launching its own payment system within Fortnite on both iOS and Android. Its in-game currency, V-bucks, would be sold at a discount to those who opted for Epic’s payment system—down to $8 from $10 for 1,000 V-bucks. (The discount was part of Fortnite’s Mega Drop event, which offered a 20 percent price reduction on V-bucks across all consoles.)

“If Apple and Google lower their fees on payments, Epic will pass along the savings to players,” the company said in an online FAQ.

In response, Apple hit Stop. It pulled Fortnite from the App Store altogether, and currently installed versions will no longer receive updates. “Epic enabled a feature in its app which was not reviewed or approved by Apple,” the company said in a statement before the lawsuit was announced, “and they did so with the express intent of violating the App Store guidelines regarding in-app payments that apply to every developer who sells digital goods or services.” Apple also noted that Epic has “benefited from the App Store ecosystem” for a decade. “The fact that their business interests now lead them to push for a special arrangement does not change the fact that these guidelines create a level playing field for all developers and make the store safe for all users,” the company said.

The quick rollout of the lawsuit after Epic Games stuck the Apple hornets nest indicates the company had a bigger plan than selling V-bucks. “Epic likes to poke and prod and make its points,” says Adam Blacker, vice president of insights at Apptopia. “Obviously Epic knew Apple was going to remove the app.” In a blog post Thursday, Epic Games also launched a #FREEFORTNITE campaign, clearly intended to turn its millions of Fortnite fans against the behemoth tech company.

This isn’t the first time Epic Games has leveraged Fortnite’s popularity to confront digital marketplace gatekeepers. Fed up with similar practices from longtime go-to digital games marketplace Steam—which also takes a 30 percent cut of game sales—Epic launched its own Epic Games Store for Windows and macOS in 2018. Epic’s store takes just 12 percent of developers’ sales. Tempted by the savings, several gamemakers moved to sign exclusive contracts and release their games on the Epic Games Store, which in turn drew in users.