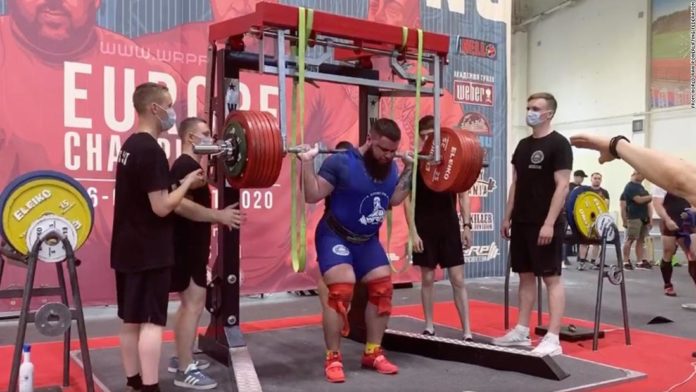 Alexander Sedykh was seriously injured while competing in the 2020 World Raw Powerlifting Federation (WPRF) Championships held in Dolgoprudny, which is in the Moscow region of Russia, the Russian state-run news agency RIA Novosti reported.
In a video posted by WRPF on Facebook, Sedykh could be seen attempting to squat the barbell — weighing about 882 pounds — and he collapses under the weight, falling onto his knees in visible pain.
Sedykh underwent emergency surgery that lasted six hours, RIA Novosti said.
“The doctor said that they assembled my knee well, and the quads were sewn with a double stitch,” Sedykh was quoted as saying. “My wife also wrote that my meniscus was torn and the tendons flew off. But they have already sewn them all.”
WRPF did not immediately respond to a request for comment from CNN.
“Everything hurts, but we are holding on,” Sedykh said. “What is the prognosis? Two, to lie down for two months, not to move your legs! Then to re-learn to walk and recover.”
The tournament has athletes compete in a number of categories, including powerlifting, bench press, power combination, deadlift, and armlifting, according to RIA Novosti.
There is no timetable for Sedykh’s recovery, and it is unclear if he will attempt to continue his career after he recovers.