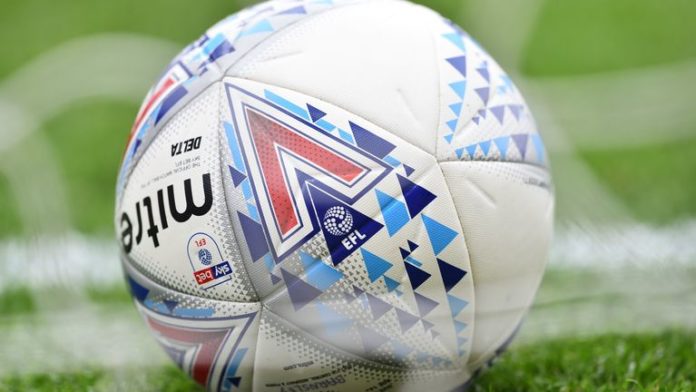 PFA: “The legal advice we have received is clear that the salary cap envisaged by the EFL would be unlawful and unenforceable”

The Professional Footballers’ Association (PFA) will meet with the EFL to discuss the implementation of salary caps in League One and Two, which were voted in by clubs last week.

The players’ union have previously criticised the EFL for “rushing through” a vote to impose salary caps on League One and League clubs, calling the move “unlawful and unenforceable”.

League One and League Two clubs voted in favour of introducing financial controls in the form of salary caps last week.

An EGM was held by the EFL (English Football League) where a proposal for salary caps of £2.5m in League One and £1.5m in League Two was passed by the clubs.

The EFL says the caps – which will come into effect immediately – will help to address issues regarding sustainability and wage inflation in the leagues.

The PFA meanwhile stress they are committed to “protecting the long-term sustainability” of both leagues, but added they were “ignored” by the EFL and said the vote was “rushed through without the proper consideration or consultation”.

“We are disappointed at the outcome of today’s votes,” a PFA statement read.

“The EFL has ignored its legal obligation to consult with the PFA and the Professional Football Negotiating and Consultative Committee (PFNCC).

“As such, the legal advice we have received is clear that the salary cap envisaged by the EFL would be unlawful and unenforceable.

“The PFA has already served its Notice of Arbitration on the EFL and until such time that arbitration is determined one way or another the new regulations should have no effect.

“While we share the league’s commitment to protecting the long-term sustainability of the Leagues, the salary cap proposals voted on today have been rushed through without the proper consideration or consultation.”

Expenditure that will contribute towards the salary cap includes wages, taxes, bonuses, image rights, agents’ fees and other fees paid directly or indirectly to registered players.

Payments directly linked to promotion or a club’s performance in cup competitions are excluded from the cap, while income from players leaving on loan will be deducted.

EFL chief executive David Baldwin said: “The term ‘salary cap’ is an emotive one, creating the impression of a restrictive measure, but we are clear in our view that this is neither the objective nor the likely effect of these changes to EFL regulations.

“The financial impact of Covid-19 will be profound for EFL clubs and today’s vote will help ensure clubs cannot extend themselves to the point that could cause financial instability.”

Talks between the EFL and League One and Two clubs began as early as last September, with another round of meetings in February, and with talks over additional financial control measures continuing, the EFL are also speaking with Championship clubs over introducing a salary cap in the second tier.

Championship clubs met in July to hold preliminary talks over introducing an £18m cap and it remains a possibility this move could come in ahead of the start of the 2020/21 campaign on September 12.

An EGM for Championship sides would also be required if alterations to the current regulations are proposed.

Some Football League sides have been facing financial trouble because of the economic effects of the pandemic, despite furloughing playing and non-playing staff, as well as temporary wage cuts and deferrals.

League One and Two clubs voted to curtail their 2019/20 seasons, with the financial cost of completing their remaining matches being a key reason for finishing their campaigns prematurely.

Additionally, MPs have warned in a stark DCMS (Department for Digital, Culture, Media and Sport) report that up to 15 clubs could go out of business.

EFL chairman Rick Parry has previously stated all 72 sides are facing a collective £200m financial hole because of coronavirus.