Home Culture Novak Djokovic to play in US Open, Bianca Andreescu opts out 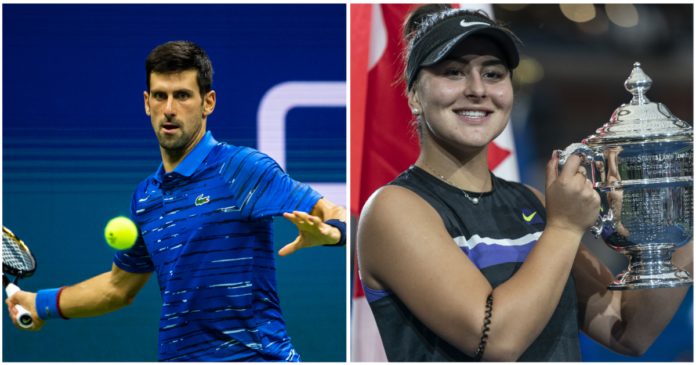 Tennis star Novak Djokovic announced Thursday that he will play in the 2020 US Open, less than two months after he said he tested positive for the coronavirus. The news came the same day reigning women’s singles champ Bianca Andreescu opted out of the competition and over a week after 2019 men’s champ Rafael Nadal pulled out due to the coronavirus — leaving both of the Open’s singles titles undefended this year.

“I’m happy to confirm that I’ll participate at #CincyTennis and #USOpen this year,” tweeted Djokovic. “It was not an easy decision to make with all the obstacles and challenges on many sides, but the prospect of competing again makes me really excited.”

Djokovic, who has been the US Open’s men’s singles champ three times, announced he tested positive for the virus in June after multiple players who took part in his charity tournament were also infected. In a statement at the time, Djokovic said both he and his wife had tested positive for the disease, but that their kids’ results came back negative.

In April, the athlete said he was against vaccination and didn’t like the idea of being forced to get a coronavirus vaccine to be allowed to play, if a vaccine is developed. He echoed the statement days after but added he would keep an “open mind” on the subject.

While Djokovic will be playing, Andreescu joined the growing list of players who have opted out of the 2020 competition.

“After many discussions with those closest to me, I have made the difficult decision not to return to New York this year,” the reigning singles champion announced on social media. “I have taken this step in order to focus on my match fitness and ensure that I return ready to play at my highest level. The US Open victory last year has been the high point of my career thus far and I will miss not being there.”

She continued that “the unforeseen challenges, including the Covid pandemic” compromised her ability to “prepare and compete to the degree necessary to play at my highest level.”

The 2020 US Open is set to take place from August 31 to September 13 in Queens, New York. Fans will not be in attendance, New York Governor Andrew Cuomo said in June.