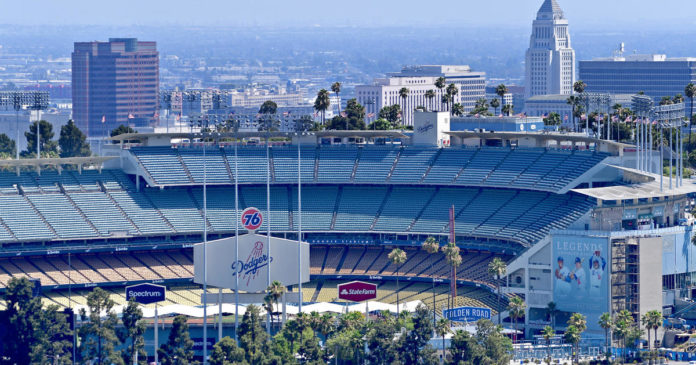 NBA superstar LeBron James and the Los Angeles Dodgers are teaming up to convert Dodger Stadium into a polling site for the 2020 presidential election, the team announced Thursday. The Dodgers are the first Major League Baseball team to make their stadium available for voting.

The stadium will be accessible to any registered voter in Los Angeles County over a five-day period, the team said, adding that the site will follow all CDC and public health guidelines regarding social distancing.

The voting site is a collaborative effort between the Dodgers and More Than A Vote, a non-profit coalition made up of Black athletes and artists, including James and Dodgers pitcher David Price. The organization works to educate, energize and protect communities of color by fighting voter suppression.

James tweeted his thanks to the Dodgers and Price for joining him in the initiative, and he implored other organizations to follow their lead.

“We are all in this together,” James said in a statement. “This is exactly why we created More Than a Vote. A lot of us now working together and here for every team who wants to follow the Dodgers lead and turn their stadium into a safer place for voting.”

Operational details will be announced at a later date, the team said.

“We may not be able to play in front of our fans this year, but we can do our part to provide a core civic function and make sure that Angelenos can safely vote this fall,” Price said in a statement.

Dodger Stadium has been closed to the general public since the start of the MLB season. But for most of 2020, the stadium and surrounding property have served as the county’s largest COVID-19 testing site and a staging ground for emergency equipment and food distribution site for those experiencing food insecurity.