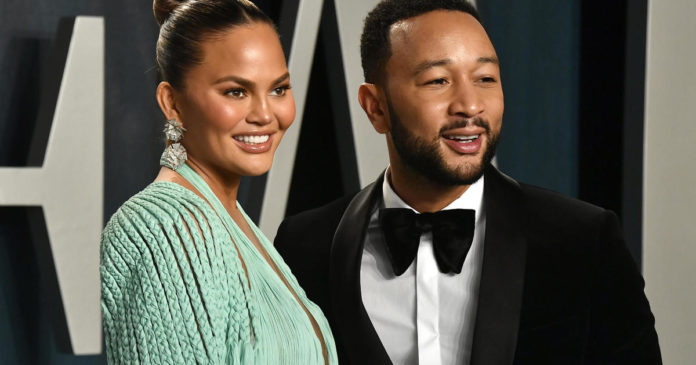 The video for “Wild” shows Teigen and Legend holding her baby bump at the end of the song. It also features their 4-year-old daughter Luna and 2-year-old son Miles.

Shot in Mexico, “Wild” was directed by Nabil Elderkin, who introduced the two 14 years ago.

Legend said “Wild” was especially meaningful because it followed a series of songs “chronicling our family’s growth and our journey.”

“We’re so happy that this video is the next chapter,” Legend said during a live chat on YouTube ahead of the video’s premiere. He noted that “All of Me” shows the couple’s marriage and “Love Me Now” features their two children.

Teigen confirmed the news of her pregnancy in a tweet posted Thursday night.

“Look at this third baby s**t,” Teigen said, showing off her baby bump in black pants and a black blazer.

Legend and Teigen have been married since 2013.