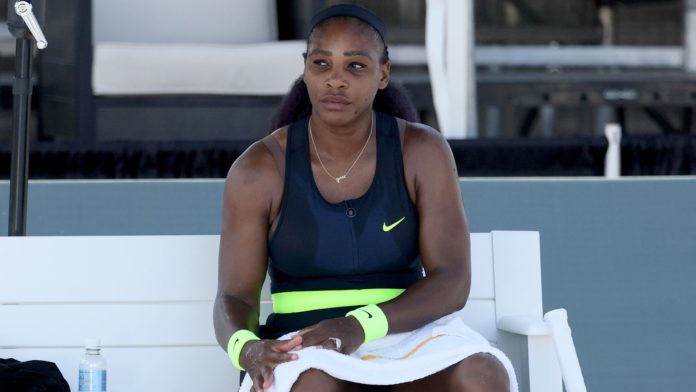 Serena Williams suffered a shock exit to world No 116 Shelby Rogers at the Lexington Open on Friday.

Williams had survived two scares already in the tournament, against Bernarda Pera and sister Venus to reach the quarter-finals but could not do the same against her fellow American.

Williams admits she has more to give and takes away from the defeat the fact she can up her game.

In her first-ever meeting with Williams Rogers earned three break points – each one a set point – and converted the third when Williams dumped a forehand into the net.

There were no breaks in the third set, and after Williams took the early lead in the tie-breaker, she was her own undoing with miss after miss, including a long backhand return to end it.

Rogers will face Jil Teichmann for a place in the final after the Swiss required seven match points to defeat CiCi Bellis 6-2 6-4.

Jennifer Brady qualified for her second semi-final of the season following a straight sets 6-1 6-2 win over Marie Bouzkova.

This hard-court event in Kentucky is a tune-up ahead of the US Open which starts August 31 in New York.

Simona Halep cruised through to the semi-finals of the Prague Open with a straight-sets defeat of Magdalena Frech.

The top seed, who was playing her first tournament since the season resumed, took less than an hour to beat Frech 6-2 6-0.

Elise Mertens secured her place into her first semi-final of the year, following a three-set 6-4 1-6 6-4 win over Eugenie Bouchard and will take on Kristyna Pliskova.