Home Sport How to solve ‘bad light’ in cricket? 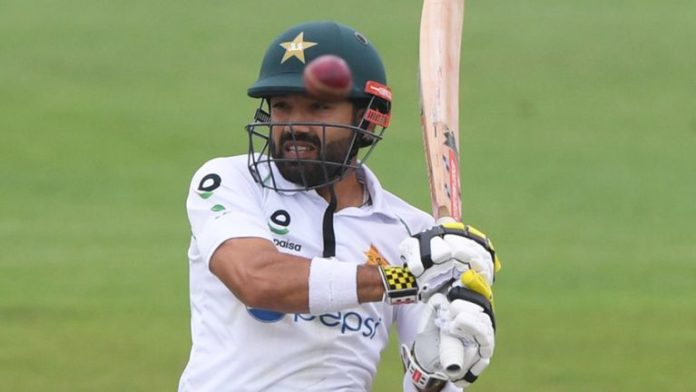 Watch day three of the second #raisethebat Test between England and Pakistan, live on Sky Sports Cricket from 10.30am

Under gloomy, overcast skies, England reduced Pakistan from 126-5 at the start of the day to 223-9 by the early close, following just 40.2 overs of play.

James Anderson, one of England’s standout bowlers, with figures of 3-48 so far in the innings, accepted the decision from the umpires but called for “more leeway”.

“We’re a little bit frustrated we didn’t get a chance to finish them off but the light has been gloomy all day and we’ve been lucky to get the play we have,” Anderson said at stumps.

“It was gloomy but it’s one of those when it didn’t seem like the batsmen were struggling too much. I don’t know what the light reading was, maybe there could be a bit more leeway there.”

Pakistan’s Mohammad Rizwan, who was picking the ball up well enough to finish 60 not out at the close, suggested he was unruffled by the experience, adding: “I was ready to play but the decision rests with the umpires, and they have the responsibility to ensure no one gets injured. It’s the same for both teams.”

The topic of bad light was discussed on the latest Cricket Debate – which you can listen to in the player above – and one suggestion raised was for pink balls to be substituted in when the floodlights take over – recreating the conditions of day/night Test cricket – but Anderson, nor his long-time bowling partner, Stuart Broad, are convinced.

“I don’t think we can change the colour of the ball when it gets a bit dark, I don’t think that’s a goer really,” said Anderson.

Broad echoed that sentiment, adding: “We’ve seen with the history of the pink ball under lights, it’s been very tricky for the batsmen and would be unfair to the balance of the game.

“You could lose five for 10, that’s going too far and complicating the situation. If the players’ safety is in doubt, the officials have to bring them off. If they think it’s safe, you play.”

Broad, also speaking to Sky Sports at stumps on day two, praised Anderson for the hard work he has put in between Tests, after a poor performance in the opening game led to some questioning his place in the side – even with 593 Test wickets and counting.

“We have talked loads over the last week,” said Broad. “Technically he has put a bit more of an arc into his run-up which he feels aims him a bit more at off stump.

“In training he said he felt really good, so I think his confidence was lifted a lot from something he worked on in the nets.

“But he has had one bad game in, what, eight years and I don’t think it was that bad a game. He just went at over two an over which is rare for him.

“It’s easy to jump on the bandwagon and say ‘is he coming to the end?’ and all that sort of nonsense but we know what a class bowler he is and he has shown that over the last few days.”

Watch day thee of the second #raisethebat Test between England and Pakistan live on Sky Sports Cricket from 10.30am on Saturday.