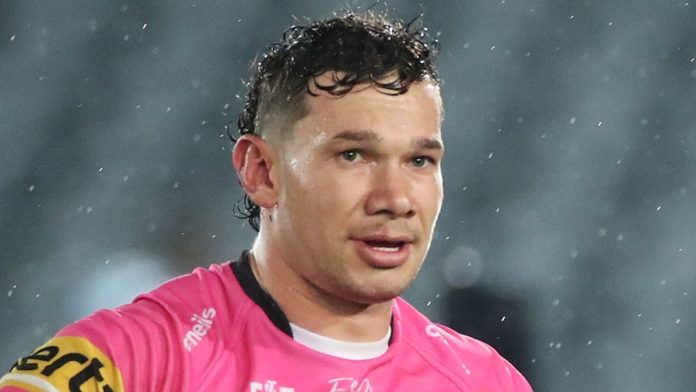 Australia’s National Rugby League and its players have rallied behind Penrith’s Brent Naden after he was allegedly subjected to racial abuse at Central Coast Stadium on Friday.

Police ejected eight spectators from the game between New Zealand Warriors and Penrith Panthers for allegedly shouting abuse at the 24-year-old, the NRL said.

Naden, an indigenous Australian, told his coach Ivan Cleary that it was not the first time he had suffered racial abuse and past and present players voiced their opinions on social media about the incident.

Former Australian international Willie Mason said on Twitter the NRL should name and shame the people who were involved and that they should be barred for life from any game.

The NRL’s acting CEO Andrew Abdo said that any vilification would not be tolerated.

“Any fan found to have racially abused a player or another fan will not be welcome at our games,” Abdo said in a statement.

Cleary said after the match that Naden had been upset by the abuse.

“He said that it’s not the first time he’s heard that in his life but in this forum (a stadium) it has been, so he certainly took offence to it at the time,” Cleary said.

“Whatever was said, and I don’t know exactly what was said, it definitely affected him and by the sounds of it the appropriate action was taken and what happens from here I’m not too sure.”