Home Culture “One Tree Hill” star on giving back to the small town she... 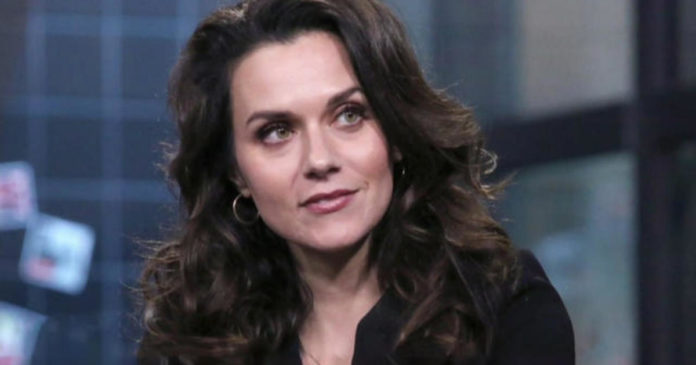 “One Tree Hill” actress Hilarie Burton left the glamour of Hollywood for a small town in upstate New York, and says she found comfort that’s hard to come by.

“I found so much self-worth in this community that I hadn’t in work,” the star told CBS News’ Dana Jacobson.

Beyond her time on “One Tree Hill,” Burton has taken part in numerous other projects and started her own production company. She said her long list of credits left her unfulfilled.

“When I’d accomplished everything I said I was gonna accomplish at a young age and still didn’t really like myself, there was a problem,” the actress said.

To find what she was searching for, Burton and her husband, fellow actor Jeffrey Dean Morgan, moved to Rhinebeck, a town on the Hudson River that’s a far cry from New York City’s crowded streets and noise.

She said it was the memory — and destruction — of similar small towns where they both grew up that drew them there.

“The small towns disappeared. The mom-and-pop shops disappeared. Everything got replaced by big, massive chains,” Burton said. “So when we found this community that was all mom-and-pop shops, it was so important to us that we preserved it and we honored it in a way that other people maybe saw the value in it.”

Burton chronicles their journey in her memoir, “The Rural Diaries.” The book was published in the middle of the coronavirus pandemic, a time when Burton saw the shops in her new home struggle while the economy was in a pitfall.

Sensing an opportunity to use her star power to help, Burton asked fans buying the book to purchase signed copies from her local bookstore, Oblong. Co-owner Suzanna Hermans said they sold more than 7,000 copies.

Hermans called Burton their “fairy godmother,” and said profits from her book sales combined with the PPP loan they received kept them afloat.

“We received a PPP, which was spectacular, but we were closed to the public for four months. So two months was PPP, and two months was Hilarie’s book, kept us paying our staff,” Hermans said.

Another shop that received help from Burton was Samuel’s, a sweet shop that opened over 25 years ago. It was in danger of closing after owner Ira Gunter passed away.

“There was a huge amount of panic, especially from my husband, ’cause he was out of the country. And he was adamant. He’s like, ‘Hilarie, you tell John, do not close. Do not close,'” Burton said.

John Traver, who had worked at Samuel’s since he was a teenager, was grieving and uncertain about the business’ future.

“I had so much going on,” Traver said. “Worried about paying for the Easter candy that wasn’t paid for and a whole bunch of other bills.”

Burton and Morgan got a group of their friends, including actor Paul Rudd and his wife Julie, to buy Samuel’s.

Traver said the gesture still overwhelmed him with emotion.

“To have this powerful person, who had just relatively recently entered our life come in and say, ‘We’re gonna protect this for you … was really special,” he said.

Burton said she wanted to show her fellow Rhinebeck residents that her kindness was not just for show, and that she was “not afraid to clean out where the trash can is.”

“I really wanted to prove to the people in our community that we meant it — that, like, it was coming from a place of love, a place of humility,” she said.

Today, she is fundraising for an organization called Rhinebeck Responds which aimed at keeping “as many businesses in town afloat as possible.”

“So many of the businesses in this town are on the verge of collapse, because they either didn’t get the loans, they didn’t get the assistance,” Burton said. “Rhinebeck Responds … they’re giving loans. They’re giving grants. …I would love to see every small town like this rehabilitated.”