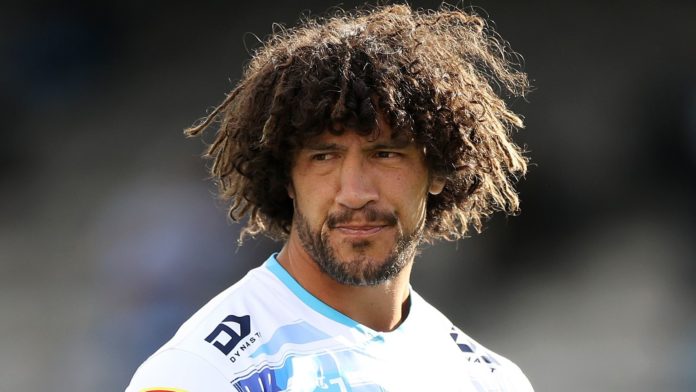 Mal Meninga on Proctor: “It’s not in his character, he’s not that type of person to actually go out with intent and do things like that”

Proctor became the first player in the NRL’s history to be sent off for biting, after the league’s refereeing “Bunker” reviewed video during the game and made the recommendation to their on-field counterpart Henry Perenara.

Proctor was alleged to have bitten his New Zealand international team-mate Johnson, who had wrapped his arm around Proctor’s face and throat during a tackle.

Johnson made no official complaint to Perenara but did engage in a verbal battle with Proctor. The pair spoke and embraced after the match, and Johnson refused to be drawn on the matter when questioned by media.

Titans head of performance and culture Mal Meninga on Sunday defended Proctor, who could be suspended for the rest of the season, saying the forward had felt like he was being choked, something that Proctor said at the time.

“It’s not in his character, he’s not that type of person to actually go out with intent and do things like that,” Meninga told Fox Sports.

“All of a sudden Kevin felt he was in danger of being choked, so loss of air, you know, the forearm is around his chin and up near his nose as well so he obviously felt that his life was in danger as well.”

The incident follows allegations that racial abuse was directed at Penrith’s Brent Naden by fans on Friday.

The fans were ejected by police from Central Coast Stadium, but the Panthers’ winger is considering laying a complaint with police, the Sydney Morning Herald reported.

It also comes just a week after the league came under fire for breaches of COVID-19 restrictions by a number of players and coaches.