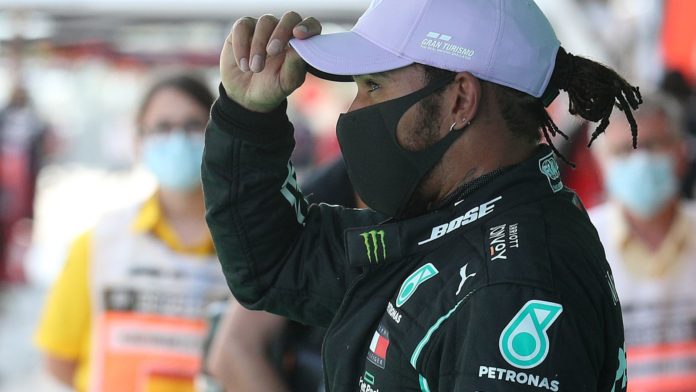 A week on from a surprise first defeat of the season, Mercedes had been fearful of the threat of Red Bull again in Barcelona – but pole-sitter Hamilton was in control from start to finish despite Verstappen’s admirable best efforts.

Verstappen can take solace from the fact he beat one of the Mercedes given their pace advantage, with Bottas made to rue a poor start to the race which saw him drop down to fourth after Turn One.

The win also means Hamilton has broken Michael Schumacher’s record of 155 F1 podiums, while he is also just three away from the German’s all-time victory record of 91.