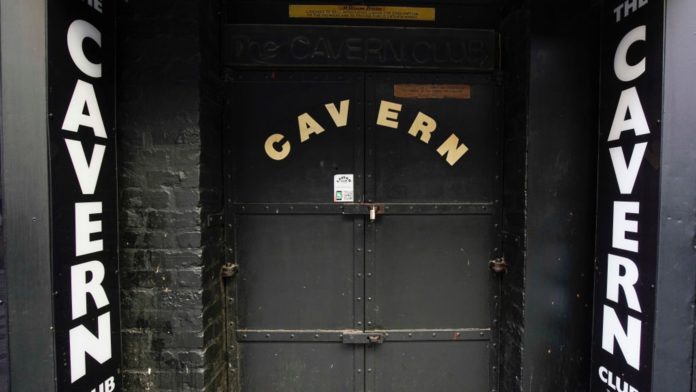 Liverpool’s world-famous Cavern Club – which helped launch The Beatles – is facing closure due to the coronavirus lockdown.

The club’s director said the venue was facing financial ruin after losing £30,000 a week since mass gatherings were banned in March.

The Beatles first performed at The Cavern in 1961, quickly becoming its signature act, and the club has played host to artists from The Rolling Stones and Elton John to Stevie Wonder and Adele.

People come from all over the world to visit the club, which can normally fit hundreds inside.

The club’s directors decided a few years ago to save as much money as possible “for a rainy day, not realising it was going to be a thunderstorm”, Mr Heckle said.

Despite having £1.4m in savings, Mr Heckle said that has now been halved after five months of being closed.

The club is applying for financial help from the government’s £500m Culture Recovery Fund, but Mr Heckle said that would not stop it from losing money because capacity is capped at 30%.

“We know we’re not going to make money – it’s about really reminding people we’re here and the sole aim is to get out the other side. I’m sure we will. But it is about survival.”

Liverpool‘s mayor, Joe Anderson, said the fact the Cavern could close forever because of the coronavirus pandemic “should bring home to the government how much our hugely treasured music industry is in peril”.

He added: “The prospect of losing a national jewel like The Cavern is a horrible scenario for all concerned, be they Beatles fans, music lovers and above all those whose livelihoods depend on it.

“Liverpool City Council is doing it all it can to help our venues but we can only do so much, given how much financial pressure we are under supporting the most vulnerable in our communities.

“I would urge the government to expedite this issue with the utmost urgency to ensure that when lockdown is over our music venues and cultural way of life is there for us to return to and enjoy again.”

The government announced on Friday that indoor performances in England could go ahead from 15 August, after the original date was pushed back by two weeks.

But as they have to adhere to social distancing, many venues have had to consider whether it is financially worthwhile opening given the limits this will place on capacity.