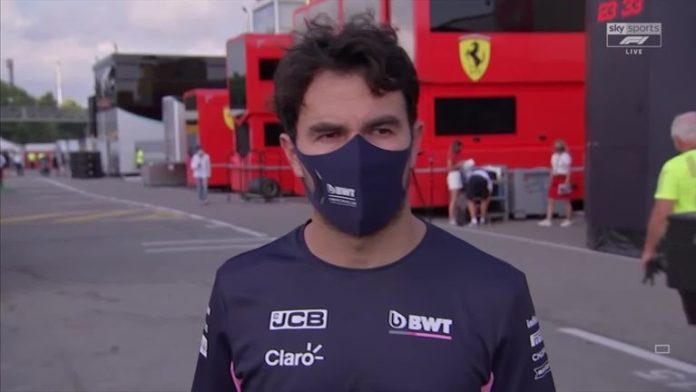 Sergio Perez believes stewards were “harsh” to hand him a five-second penalty for ignoring blue flags after he lost out on fourth place at the Spanish GP.

The returning Racing Point driver had five seconds added to his final race time and dropped to fifth behind team-mate Lance Stroll, who finished within three seconds of the Mexican at the chequered flag.

Stewards said that Perez had “ignored blue flags from at least Turn 6 to Turn 1 of the following lap”.

But Perez did not see it quite the same way.

“The penalty was harsh,” he told Sky Sports F1. “I got the call out of [turn] nine and into 10 Lewis was very far, so the first opportunity I thought I had was turn one because the final sector is very narrow, very tight and it can only go badly.

“So I thought he is going to lose more time if I give the position than waiting and giving the position back into Turn One.”

“I got the penalty so I don’t know if something changed while I was not here, but I’ve seen a lot worser than that and people get away with it.”

Although Perez lost a position, it did ultimately not change the team’s final points haul from Barcelona as they moved ahead of Ferrari and McLaren into third in the Constructors’ Championship.

“It was a good race overall for our team,” added Perez about the four-five finish. “I’m happy at least we didn’t lose out on the points as Lance got them.

“A lot of points for the team and they’ve done a great job with the strategy as well, Making the one-stop work was not an easy one, but pleased with that.”

Laugher: I almost quit diving due to mental health struggles

Racing League week two: Ones to watch and lively longshots