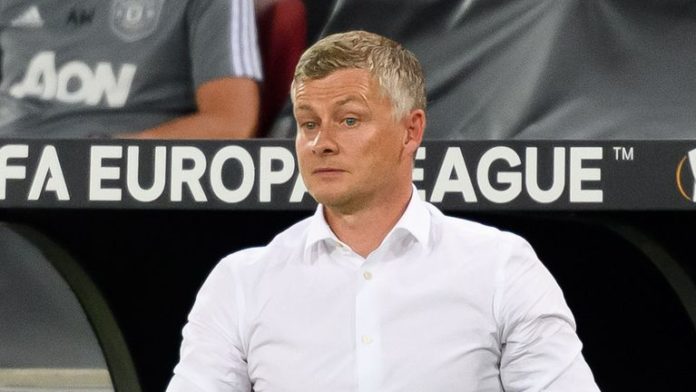 Luuk de Jong’s late goal condemned Manchester United to a 2-1 defeat to Sevilla in the semi-final of the Europa League in Cologne. This was an opportunity missed for Ole Gunnar Solskjaer’s side

Ole Gunnar Solskjaer set the game up perfectly. “Let’s see if we have developed throughout the season because we have had two semi-finals before,” he had said on the eve of Manchester United’s semi-final showdown with Sevilla in Cologne.

“We want to go to the next step. Semi-finals. That’s a good effort, decent, but it’s not good enough. Not good enough for Manchester United still.”

Damned by his own words then as United came up short once more, beaten 2-1. Another semi-final exit. Another season without silverware. A frustrating end given the promise shown in 2020.

Solskjaer has been very clear that this was still a work in progress, a team on a journey. The hope, however, was that United were further along the path. They have still lost only two matches since January but both of them have been significant, denying them a place in finals that they would have been favourites to win. Perhaps it is true that the final step is the hardest.

In Germany, there were mitigating circumstances. Fortune did not favour Solskjaer’s side, even if Bruno Fernandes was given the opportunity to convert United’s 22nd penalty of the campaign.

Sevilla’s opening goal came from a throw-in that should have been awarded United’s way. Fernandes then had a very good case for a second penalty before the first half was through.

How United did not retake the lead in the early stages of the second half might be deemed a mystery were it not for the fact that this felt like a repeat of the previous round against Copenhagen.

Coming up against one goalkeeping masterclass might be unlucky. Face two inside a week and the side’s ruthlessness in front of goal will be questioned. Marcus Rashford was sloppy in his execution. Anthony Martial was denied twice in a minute by Sevilla goalkeeper Bono when one on one. Shots were blocked and others were missed. The sucker punch was always possible.

It was no surprise that when it came it was carved out down United’s left where the willing Brandon Williams endured a challenging evening. Up against Suso, the scorer of the opening goal, and Jesus Navas, Sevilla’s skipper and one of the best performers on the pitch aged 34, it was tough.

And yet, it was the defending of others for Luuk de Jong’s 78th-minute winner that will have troubled Solskjaer. Victor Lindelof should have done more to block the cross. Aaron Wan-Bissaka’s failure to even move as the ball came in appeared inexplicable. It was shoddy. It was punished.

Perhaps tired bodies and minds offers an explanation. This was, after all, United’s 61st game of the season and many core figures in their fine run of form since the restart have been pushed to their limits in pursuit of glory.

The front four of Fernandes, Martial, Rashford, and the teenage Mason Greenwood, started every Premier League game in that period. The latter was at least spared extra-time in the oppressive heat against Copenhagen on Monday but the other three were not. It has been relentless.

Juan Mata was praised by his manager for making a decisive impact against the Danes but he did not appear against Sevilla until the 87th minute – with no substitutions being made prior to that point.

Presumably that is a truer reflection of Solskjaer’s feelings about this squad than any kind words about Mata. His refusal to act quicker on Sunday evening might be framed as a failing similar to that of Pep Guardiola in Manchester City’s defeat to Lyon the previous evening, but while his counterpart across the city had an embarrassment of riches on the bench, the same cannot be said of Solskjaer.

He had flagged up his concerns before the game.

“We still have a way to go to get to the level of the teams at the top of the Premier League,” said the United manager. “They are too far ahead of us. We are still growing, getting better of course, but we are not the finished article. Nowhere near.

United need more players. Better players. That was the view inside and outside the club back in January when the notion that the signing of Fernandes could help carry them this far seemed outlandish.

It should remain the view now.

But this was still an opportunity missed. As Solskjaer himself concedes, the standards at United are higher. The aim was to win during the rebuild and not just once it was complete. They had the chance to do so in the FA Cup and in the Europa League but that chance has not been seized.

Positives remain. But on an agonising night in Cologne, those were thoughts for another day.