Home Sport ‘A lack of urgency and intensity’: why so little cricket? 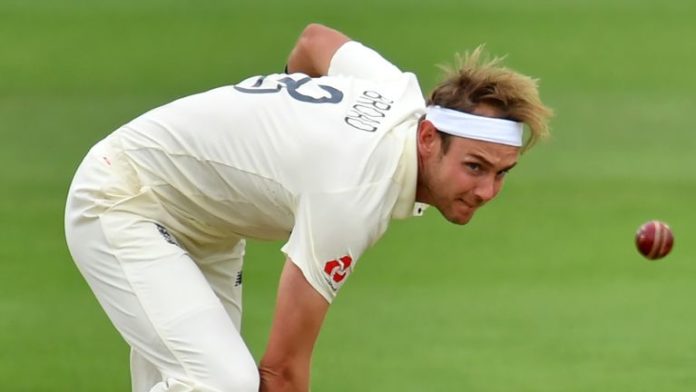 “Test cricket, around the world, is struggling and if young people, who might be attracted to the game, see no real attempt to get on the field and play, they’re going to be turned off”

The frustration continues to grow at the minuscule amount of play during the second #raisethebat Test between England and Pakistan at The Ageas Bowl, after only 10.2 overs were possible on Sunday.

The game now appears destined for a draw, with just 96.2 overs played in the match over four days badly affected by rain and ‘bad light’.

Chief cricket correspondent for The Sun, John Etheridge, joined The Cricket Debate – the latest episode available as podcast in the player above – to lament the decision to call an early close to play at 3.45pm on Sunday, just as the skies began to brighten in Southampton.

“A lack of urgency, intensity and almost an unwillingness to play the game,” Etheridge complained. “Today was a good example; play was called off at 3.45pm, but there were blue skies, sunshine, it was a glorious evening.

“They undoubtedly could have played cricket by 5.30pm and, making up for lost time, could have gone on to 7.30pm.

“On day two, when they lost three hours to bad light, I spoke to one of the photographers, who had his own light meter. His went down one notch, the smallest of increments, compared to when they were playing.

“On Saturday (day three), it hardly rained all day and yet we didn’t have a single ball bowled.

“You do wonder, if there’d been 15,000 people in the ground, paying £80 per head, showing their discontent for the lack of action on the field, that would have pressurised the umpires into playing a little bit more.

“It has been incredibly disappointing. This summer, more so than any other summer, surely you have to make exceptions to try to play cricket – they’ve changed the laws, you’re not allowed to use saliva, nor hand your cap or sweater to the umpire.

“Surely you can show a bit of imagination and common sense to try to play more cricket; this approach is going to kill the game.

“Test cricket is generally successful in this country but, around the world, it is struggling and if young people who might be attracted to the game see no real attempt to get on the field and play, they’re going to be turned off.”

Also joining Mark Butcher on the latest Cricket Debate, former players Dominic Cork, Matt Prior and Bazid Khan added to the chorus that cricket needed to change its ways and ensure more play is possible.

Cork feels the authorities should follow the example set in domestic and T20 cricket, saying: “In one-day cricket, you get on with it, in T20 cricket, there is an understanding that conditions will not always be great.

“In domestic T20, you play in rain, in wet conditions; you get on with it because it’s an entertainment business.

“There’s a lot of people who pay to watch on TV and we owe it to them to give them as much entertainment as we can.”

Prior believes the exceptional circumstances of this series, played in the midst of a global pandemic, should have led resulted in a tweak to the usual rules and regulations.

“In normal circumstances, the umpires would go through the motions as they have done here – take their light readings – and that is all fair enough,” he added. “But we are not in normal times.

“Everyone has worked so hard to get this Test match on, Pakistan’s players have done everything in order to get out here and, therefore, there needs to be that urgency – from the umpires, from the players as well.

“I think we’ve fallen into a bit of a state of, ‘Oh well, theses are the rules, we’ll live by the rules, it’s a bit dark and a bit wet, so we won’t play’. I don’t think that’s adaptable enough to the new world we live in now.”

As for Bazid, the former Pakistan cricketer was left cursing the time lost in this Test, with the visitors currently trailing 1-0 in the series and having looked capable of fighting their way back during the brief play possible on Sunday, reducing England to 7-1 in their first innings.

“Pakistan will be more frustrated because it was almost scary watching those five overs with the ball hooping about everywhere,” said Bazid.

“You almost thought every delivery, someone would nick off or get clean bowled; the bowlers were having a field day.”

Watch live coverage from day five of the second #raisethebat Test between England and Pakistan, live on Sky Sports Cricket from 10.30am on Monday.