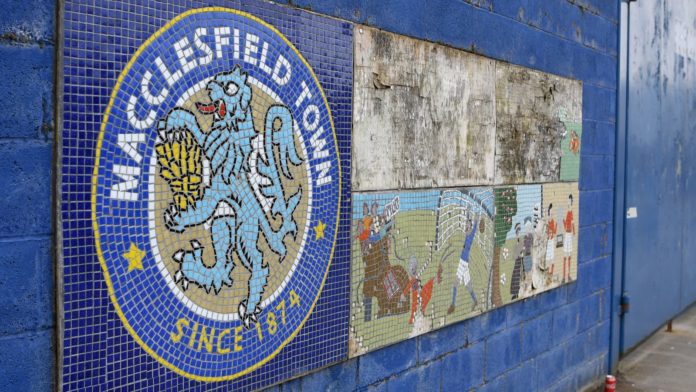 Macclesfield want the EFL to invoke a regulation that would halt their relegation into non-league football.

The EFL will discuss at a board meeting on Monday a request to exercise their power to keep the Silkmen in the EFL due to no start date yet being set for the next National League season.

Via article 7.7A, the EFL can reprieve a relegated club “where the National League is unable to guarantee to the board’s satisfaction that competitive fixtures will commence within a reasonable period of time”.

Should they exercise this power, League Two will have at least one extra team next season and the number to be relegated will be adjusted accordingly to restore the original 24-team league for the following campaign.

Macclesfield finished bottom of the curtailed League Two season after an independent arbitration panel decision saw them handed a six-point deduction, following a chaotic season of missed payments to staff and players.

But the Cheshire club are not giving up without a fight and on Sunday said: “As part of the club’s ongoing fight to retain our EFL status, we advised yesterday that one element of concern to us is the fact that there appears to be no guarantee of when the 2020/21 National League season will commence.

“In particular and having taken advice, it is the club’s strong view, that the following regulation (7.7A) should be invoked by the EFL.

“The club has therefore asked the EFL to confirm that it has a ‘guarantee’ from the National League as to the date upon which competitive League fixtures will commence and, noting that the National League usually commences either before the EFL season or on a corresponding date, why they consider any start date other than this to be ‘reasonable’.

“In our view, this is not within a reasonable time-frame as the absolute best-case situation ahead of the 2020/21 campaign is that the National League will start four weeks after the EFL. We therefore believe that there is sufficient evidence for regulation 7.7 to be invoked and the club reprieved from relegation in line with the rationale for this regulation amendment back in June 2019.

“The club understands that the EFL Board will be meeting tomorrow to make a decision on our request and we will provide a further update as soon as we are able.”