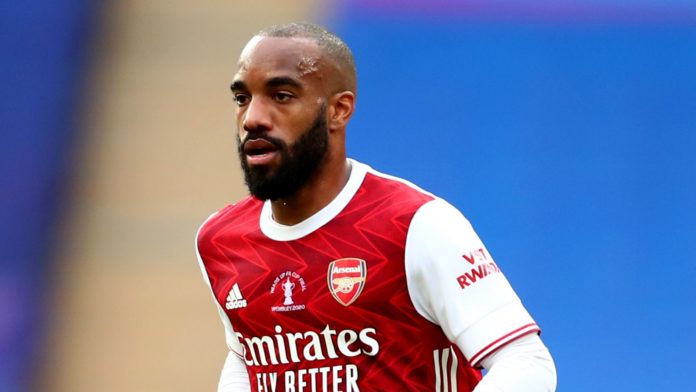 Juventus are interested in signing Arsenal striker Alexandre Lacazette, according to Sky in Italy.

Wolves striker Raul Jimenez is also on the list of strikers being considered by the Serie A champions while Atalanta’s Duvan Zapata, Atletico Madrid’s Alvaro Morata, Napoli’s Arkadiusz Milik and Roma forward Edin Dzeko are also of interest.

Current Juve striker Gonzalo Higuain is expected to leave, with just a year remaining on his contract.

Andrea Pirlo, who recently took over as head coach following the sacking of Maurizio Sarri, is looking for a new centre-forward to form a strike-partnership with Cristiano Ronaldo and Paulo Dybala.

Arsenal have already completed the signing of Willian on a three-year-deal following his departure from Chelsea, and are close to agreeing a new contract with club captain Pierre-Emerick Aubameyang.

Lille’s president Gerard Lopez has told Sky Sports News he does not think that Nicolas Pepe’s £72m move to Arsenal was to blame for head of football Raul Sanllehi leaving the club.

Sanllehi departed over the weekend after two-and-a-half years at the Emirates Stadium, and has been replaced by former managing director Vinai Venkatesham, with technical director Edu and head coach Mikel Arteta now heading up their footballing and recruitment direction.

Amid an ongoing overhaul of their recruitment operations, Arsenal have denied reports that an internal investigation has also been launched into why the north London club spent so much on winger Pepe from Lille in last year’s summer transfer window.

How transfers can help Arteta build his project

It is often said a new manager will need a couple of transfer windows at least to shape a team to their liking. It gives the boss a chance to weed out the unwanted and recruit their favoured sort to create something more in line with their ideas.

In this regard, Mikel Arteta is no different, even though he has shown an impressive ability to coach and coax players already at Arsenal into his way of thinking. That has been quite an achievement considering some had grown used to a lazy culture where sub-standard performances got continually overlooked.

No longer. A healthy accountability has livened everybody up. Like all the top managers, Arteta has started to create an environment that players want a part of – a crucial step in his early work.

But it is time to move the project forward by adding quality in certain positions, which is not easy at all when money is tight. Willian’s free transfer from Chelsea looks like the first step…