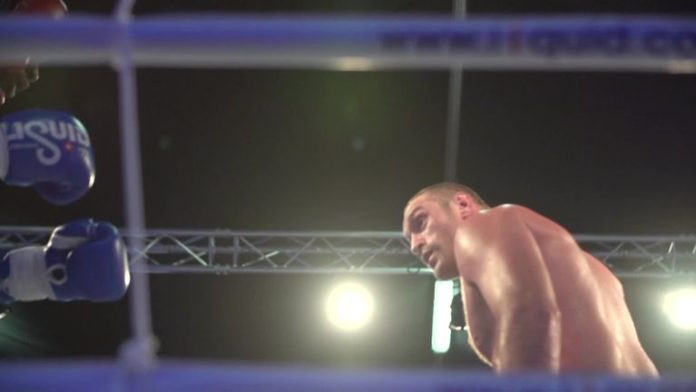 It’s clear that something happened on an anonymous winter night on the border between Belgium and the Netherlands seven years ago, something that scarcely mattered then but is of vital importance now.

But what? Was the prodigious Tyson Fury really knocked down in sparring by a young wrecking ball named Dillian Whyte? It is rubbished by some but “probably true” according to another – just a day of training like any other, some say, but perhaps the biggest clue to how a future WBC heavyweight championship fight between Fury and Whyte might play out.

Sky Sports spoke to the other sparring partners who were there, plus Fury’s then-trainer who recruited Whyte into their camp, to understand what really happened when the world title rivals first crossed paths and one of boxing’s most talked-about secrets was born.

“He’s the one that came out and said he beat me up in the gym. I can tell you now, that didn’t happen,” Whyte previously told Sky Sports about Fury, the origin of this story.

“I don’t like telling sparring stories, but people in the game know. They know about me. Well, me and Tyson Fury sparred and I bashed him about and dropped him on multiple occasions. Simple as that.”

More from Whyte: “Tyson’s awkward, he’s long, he’s rangy, some days he may outbox you here and there, but I definitely laid him out before.

“I definitely put him on his bottom before.”

Whyte was invited into two of Fury’s training camps as a sparring partner, that is confirmed today by both sides.

The first was in Manchester in 2012 before Fury fought Martin Rogan. The other was a year later in central Europe when Fury expected to face David Haye, a fight which never materialised.

Fury is a few months younger than Whyte but, in boxing experience, they were miles apart at this stage. Fury, then aged 24, was unbeaten in 17, had outpointed Derek Chisora and won the English, British and Commonwealth titles. Whyte had won his first four fights with none of the fanfare that was reserved for Fury, who was viewed as Britain’s next big heavyweight hope capable of bringing the Klitschko dynasty to a crashing halt.

In between the two camps where Fury and Whyte shared a ring, Anthony Joshua won an Olympic gold medal and announced himself as another future prodigy.

Today Whyte is the WBC interim champion and the mandatory challenger to Fury who will, if he beats Alexander Povetkin on Saturday live on Sky Sports Box Office, finally end a wait of over 1000 days for a world title shot. But back then? He was just a hired hand, just a big guy useful for making Fury sweat.

The sparring shocked the hell out of me when I first got there and they got in the ring to spar.

“The camps we had with Dillian? He was very good in sparring,” Peter Fury, Tyson’s uncle and then-trainer, tells Sky Sports. “He can hold his own with anybody.”

The picture that is painted is of the unheralded but ambitious Whyte giving the far more experienced Fury everything he could handle inside the ring.

“The sparring shocked the hell out of me when I first got there and they got in the ring to spar,” Eddie Chambers, the heavyweight contender who challenged Wladimir Klitschko and was another of Fury’s sparring partners in 2013, told Sky Sports.

“He never put one of them on. What the heck is this?

“I’ve never seen it before, so I’m like ‘wow’ is this how he really sparred?

“I talked to the guys and they told me. So I think Dillian jumped in and Dillian’s not taking anything off [his punches], he’s trying to go at it.

“I just saw Tyson boxing so comfortably. But it’s still to me, I’m still looking like, ‘yeah he ain’t that good, wait until I get in the ring with him’.

“The sparring did get really, really intense at times.

“But Tyson is just a masterful boxer, even at that point, he was just really starting to get that super-high level and top conditioning and all of that. You could see it.

“He was really turning it up. But it was good, it was great to see. To be able to be in there for free, actually getting paid to watch stuff like that. When you’re an athlete and you’re at the highest level, you’ve got to admire and just enjoy the fact that you can be in range of greatness and seeing the stuff go on around you, and you be a part of it as well. It’s nice.”

Steve Cunningham had almost scuppered Fury’s US debut by flooring him with a heavy right hand but, months later, was brought in as a sparring partner.

He became good friends with Whyte, they each travelled directly from helping Fury to Austria where they had been hired for training by Klitschko, but he told Sky Sports a different version of events: “I remember watching a few sparring sessions. They weren’t going hard. Fury wasn’t going hard.

“‘Ooh look what they’re doing!’ It wasn’t like that.

Both Chambers and Cunningham concede that there were plenty of rounds between Fury and Whyte that they did not witness.

But Peter Fury saw them all.

So, did Whyte ever floor Tyson Fury?

“Tyson is a very, very highly-skilled boxer and a lot of these heavyweights, especially back then, struggled to lay a glove on him,” Peter Fury explained. “Slip and slide, very cute with his ability.

“He’s not easy to land on, but they all had their moments. You can’t go through endless rounds of sparring without getting hit! They were competitive spars for sure.

“I would always have two or three sparring partners doing a round in, jump out, a round out, jump back in.

“Whyte and Tyson had good spars but you can’t take anything from a spar.”

The same question to Cunningham: “I didn’t see [Whyte knock Fury down]. I was there for the last four weeks of camp. Maybe they sparred before I got there. But it didn’t happen while I was there.”

Perhaps it is Chambers’ answer that best analyses this gym secret, this rumour that Fury has denied but Whyte has started.

“I didn’t see the knockdown, so I can’t really say he might have put him down, but I can say both things probably were true,” Chambers said.

“There were times that I don’t think Dillian laid a glove on him.

“But there was other times where I saw Dillian pressing him, bringing big shots, so there was some success.

There were times that I don’t think Dillian laid a glove on him. But there was other times where I saw Dillian pressing him, bringing big shots, so there was some success.

“But look, I’m telling you from experience. I’ve been boxing for a while and my boxing ability speaks for itself. You see what I do, you that I’m doing it at the highest level, and even I’m struggling, boxing with [Fury]. He’s 6ft 9, got the boxing ability of a guy much smaller and a dexterity and the ability to move, so trust me, it’s not going to be an easy night handling him.

“Dillian understood that, just as well as the other way around, because Dillian was bringing it too.”

It is perhaps noteworthy that, at the time of sparring with Whyte, Fury was having a wobbly patch of his career that he has now consigned to history. He was fortunate to receive the judges’ verdict against John McDermott, he was rocked by Nicolai Firtha, dropped by Neven Pajkic, dropped by Cunningham.

Peter Fury concluded: “They are only spars to me. I don’t take anything from them.

“I’m not interested in all the gossip. A lot of things that people say are not really the case – people say things to get under each other’s skin.”

It is ironic that Fury was preparing to fight David Haye, whose own sparring partner caused the cancellation of that fight. Whyte was unknown and unmentioned but Haye was sparring with Deontay Wilder, Mariusz Wach and Filip Hrgovic who cut him and forced his withdrawal.

Haye had needled at the time: “I have brought over big, big punchers to spar. I have no doubt whatsoever that the guys brought over would do a number on Fury. Each of them would make Fury look silly in a fight.”

One of Haye’s prophecies that never came true was: “Wilder punches about as hard as anybody in the division right now, and he’d be nailed-on to spark Fury in a fight. One shot from Deontay would do the trick.”

Heavyweight boxing is full of these tales, the plucky training partner who eventually upstages the champion. Larry Holmes was Muhammad Ali’s sparring partner before then actually beating him for his belt. Anthony Joshua was part of a stellar cast of training partners hired by Klitschko then, three years later, ended the career of the former champion who taught him so much.

There are other examples of anomaly incidents that are never repeated when the pressure is really on – consider David Price hurting a young, amateur Joshua in sparring then watching the younger man overtake him when the spotlight shone brightest.

Sparring stories are supposed to remain sacrosanct but they never do because the stakes of world heavyweight championship fights are too high, and there can be an edge to gain.

Whyte’s version of events from his sparring with Fury, revealed seven years later when they emerged on a collision course, can never be truly verified because there will always be somebody with a vested interest in arguing to the contrary.

It is interesting now to hear how the two then-25 year olds had not yet developed a rivalry when they swapped punches without the eyes of the sport on them.

“There were no issues in the camp among anyone. Everybody was cool. Fury is a cool dude. I didn’t see any tension between Fury and Whyte,” Cunningham remembers.

Peter Fury said about Whyte: “He was very polite, he did exactly what was asked of him. I only have good things to say about the lad.

“Dillian was there to do a job for Tyson, and that’s what he did.

“He is a lot more relaxed now, his footwork is better. Before? He was clumsy around the ring and very predictable. Now he’s not. He’s polished, he boxes, he gets behind his jab, he has made fantastic improvement.”

What happened in Manchester in 2012 and on the Belgian-Dutch border in 2013 will forever be a source of contention, destined to remain one of boxing’s great myths long after Fury and Whyte have stopped slugging away.

Maybe the real lesson to take from it is that, whatever happened, an inexperienced and raw Whyte, essentially plucked from the gangland streets of south London and tossed into a ring with the next-big-thing, held his own and made a clear statement in the opinions of the three men who saw it.

Whyte is expected to receive his mandatory WBC title fight against Fury by February 2021 but must first battle past Povetkin at ‘Fight Camp’ on Saturday.

“The best fighting the best is good,” Peter Fury said. “Dillian is good, so is Tyson. To prove you are the best, you have to take on all-comers. That’s what boxing is about, not picking and choosing.

“When the time is right, they will meet.”

Only then will it truly matter who crashes to the canvas.