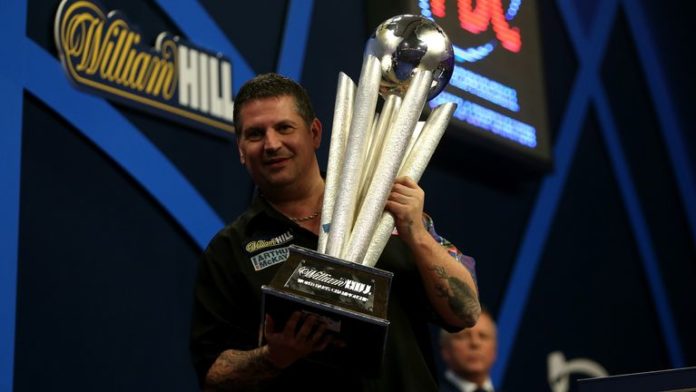 In the ninth of our series, Gary Anderson chooses his 2015 World Championship final win against Phil Taylor as his greatest game.

Praised for his high scoring and smooth action, heading into the 2015 World Championship Anderson could have been described as one of the greatest players not to win a world title.

That’s not to say that the Scotsman had not made an impact at the highest level, having already won the Premier League in 2011 and the Players Championship Finals in 2014, but his successful 2015 campaign at the Alexandra Palace would prove to be the start of a special period in his career.

Despite his frustrations at his own performance, Anderson started the tournament with a 3-1 win over American Scott Kirchner.

In the second round, the Flying Scotsman had to be at his best, recovering from 3-1 down to beat Jelle Klaasen 4-3 before comfortable victories over Cristo Reyes and Peter Wright set up a semi-final meeting with Michael van Gerwen. Anderson got the better of the world No 1 to put him in his second world final where he would meet Phil Taylor.

Anderson raced into a 3-1 lead but it was short-lived as Taylor found his form to go 4-3 ahead. With the match finely poised at 4-4, Anderson saw two treble 20s knocked out by his third dart and he became frustrated with a member of the crowd later in the ninth set.

However, he regained his composure to go 6-4 up, one set away from glory but once again The Power fought back to make it 6-6 and take it to a deciding set.

“A lot of the boys now that are coming through, they’ll never ever get to play Phil Taylor on that stage,” Anderson said. “He’s won it sixteen times, if you are going to beat someone, it’s got to be him just to put that big notch on your belt.”

The victory would signal the start of a memorable year for the Scotsman as he went on to win the Premier League for a second time and he would retain his world title a year later.

“It’s great, that’s what we all play darts for,” he added. “Everyone who plays darts wants to make it to the Ally Pally and play the World Championship, just to play in it is a great job done. To win it, you can pat yourself on the back for that.”

It’s not long to wait until darts is back on Sky Sports, the Premier League returns on Tuesday, August 25 at the Marshall Arena in Milton Keynes with six consecutive nights of action.