Home Sport Fury is warned: Fight Whyte, or Joshua will! 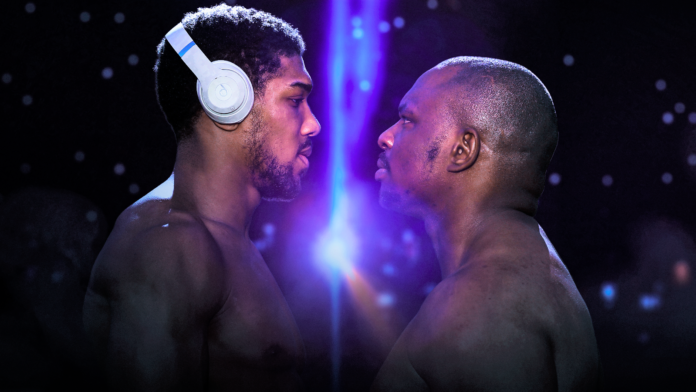 Dillian Whyte and Anthony Joshua could eventually meet in an undisputed title fight if Tyson Fury refuses to make a mandatory defence and is stripped of his belt, promoter Eddie Hearn said.

The truth about Fury-Whyte sparring 👀👀👀

The most in-depth exploration of boxing’s fiercest rumour – what really happened when @DillianWhyte sparred @Tyson_Fury?

Whyte takes on Alexander Povetkin on Saturday night, live on Sky Sports Box Office alongside Katie Taylor vs Delfine Persoon, aiming to finally propel himself into a WBC title fight with Fury.

Also lurking is IBF, WBA and WBO champion Joshua and, with the prospect of a fight taking place next year with every major belt at stake, Fury could miss out unless he first accepts Whyte’s challenge.

“He was never worried if it came against Wilder or Fury. Whoever!

“Whoever owns that belt is who Joshua will face for the undisputed championship.

“If Fury does not want to fight Whyte, then Whyte will be elevated to champion from interim champion. Now I do not like that.

“But what will happen? Joshua will fight Whyte straight away for the undisputed championship.

“You always want to fight a champion. But if Fury refuses to do a fight that has been ordered by the WBC, then he will be stripped of his title.

“Then Whyte will be fighting for the undisputed championship.

“Whyte has had the bad end of the stick for a long time but could end up, if he’s successful, fighting Joshua for the undisputed championship. So this is massive for him.”

The only defeat of Whyte’s career came against his heated rival Joshua, who may appear at ringside on Saturday, five years ago.

Povetkin gave Joshua some early trouble in 2018 before succumbing to just his second defeat in 38 fights. He has since beaten Hughie Fury.

Hearn said: “I spoke to AJ who doesn’t like this fight for Whyte. He thinks that this is a banana skin and that Povetkin could upset the odds.”

The WBC clarified to Sky Sports that, if Whyte beats Povetkin, he is due a mandatory opportunity at the belt held by Fury, if he first overcomes Deontay Wilder again.

“We can only rule on what is available and what is the reality. The WBC position is clear – Wilder-Fury, the winner against Whyte, if he wins against Povetkin,” said the governing body’s president Mauricio Sulaiman.

Hearn warned that Whyte is gambling his guaranteed opportunity by taking on Povetkin: “For Whyte, he has waited over 1000 days for this opportunity but Povetkin could steal it from under his nose.

“I still can’t believe Whyte is taking these risks. When you sit as the mandatory challenger, what you don’t do is fight Joseph Parker, Derek Chisora, Oscar Rivas and Povetkin while you wait!

“What is Whyte doing by fighting Povetkin here? This isn’t The O2. This will be the strangest environment either guy has ever boxed in.

“Whyte, time and time again, puts it all on the line.

“He is the peoples’ champion.”

Whyte will stay in separate accommodation to Povetkin to prevent pre-fight chaos after arrangements were made to comply with COVID-19 regulations at Fight Camp, where everybody present must be tested and go into quarantine.

“Whyte is not your average individual. He has built a mind-set over the last three months in training camp, although he has had it for most of his life, that he’s ready to flick the switch and go to war with Povetkin.

“What he doesn’t want is to be bumping into Povetkin in the corridor of the hotel. There is no space.

“We have hired a couple of RV vans or winnebagos to be attached to the side of the hotel, in ‘the bubble’, so he doesn’t have to be around Povetkin.

“He is that guy who can attack on sight. As strange as that might sound to people, that’s Whyte.

“You can’t trust him to just be calm, particularly when he is trying to peak for war on Saturday.”