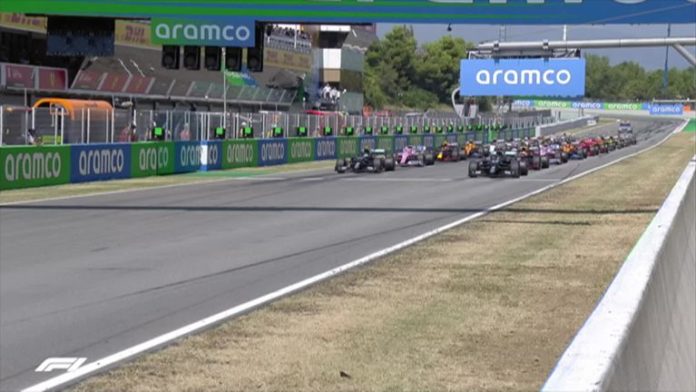 Bottas hasn’t won since opening race of the season and is now third in title race, 43 points behind Hamilton after Spanish GP

Valtteri Bottas admits he can already “see the championship drifting away” after Lewis Hamilton’s latest crushing victory at the Spanish GP.

Bottas had big title hopes heading into the 2020 season but Hamilton’s Barcelona win was his fourth win in six races, while the Finn could only manage third behind Max Verstappen in the same Mercedes car.

That means Verstappen is currently Hamilton’s closest championship rival, with Bottas, whose campaign has unravelled after winning the season-opener in Austria, an alarming 43 points behind his in-form team-mate.

“Disappointed of course,” Bottas told reporters on Sunday night. “It’s far from ideal. And I have no clue what the points difference is, but it’s way too big and I can see again the championship drifting away.”

Bottas’ Spanish GP was dented by a disappointing start, as he slipped from second on the grid to fourth after Turn One. From there, he couldn’t get back ahead of Verstappen, while Hamilton won by more than 24 seconds.

It was the latest setback for Bottas, who had a desperately unlucky fortnight at Silverstone prior to Spain – dropping out of the points with a late puncture in the first race and then being hampered by strategy in the second.

“I had a good start in the first race and in every single race this season the pace has been there,” he said. “In qualifying I have been super close every single time with Lewis, sometimes he beats me, sometimes I beat him. It’s small margins.

“There was a couple of s***** races for me in Silverstone with bad luck. That’s all.”

Bottas added: “Apart from the first race, it’s been pretty bad. There’s not been a weekend that’s gone by smoothly, without issues. Pretty bad season so far. Hopefully we still have many races to go, but so far it’s far from ideal.”

The F1 season continues with another triple header, starting with the Belgian GP on August 30 before two races in Italy (Monza, Mugello).

“It will take a few days to look at everything and see what went wrong and again move on,” Bottas continued. “At this point it’s very disappointing but I know I can bounce back and no doubt in Spa as always I’ll be giving everything I have.

“But for now, I want to be somewhere else than here.”

“Valtteri will be very, very disappointed with [his start]. We really saw every little weakness in his armoury out there today.

“That’s in wheel-to-wheel racing, just lacking a little bit of aggressivity, which we saw at the start and so he fell back behind Stroll. Just opening the door on the inside and Stroll went right through. Then in the race pace afterwards.”

“Valtteri’s body language there was really resigned [after the race]. He can feel the championship chance slipping away from him once again. Lewis is on this incredible momentum once again and Valtteri just has to find away to put that to an end with a bang, and put in a string of results.

“It’s always going to be tough fighting for a world championship with Lewis. But nevertheless Valtteri has a great car so it doesn’t take much to bounce back.

“If he puts it on pole next race then, boom, you’re back again with a great mental state. So it’s OK for Valtteri, he just needs to keep fighting.”