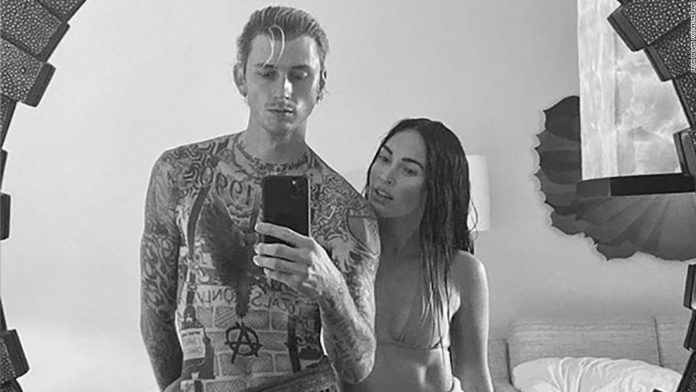 The rapper and actor recently became Instagram official with actress Megan Fox, who has split from husband of almost a decade, actor Brian Austin Green.
Kelly read some “Thirst Tweets” for Buzzfeed on YouTube and shot down a tweet asking if he was free to date.
“I’m locked in already right now,” he said. “No dates for me, probably ever.”
Kelly declared his admiration for Fox in July with a selfie of them together on his Instagram account, writing in the caption “waited for eternity to find you again …”
When one person tweeted that they would allow the rapper to suck their toes, he let it be known that he’s “only sucking one pair of toes.”
Well, that pretty much sums it up.
The couple appear to have met while filming the forthcoming movie “Midnight in the Switchgrass.”