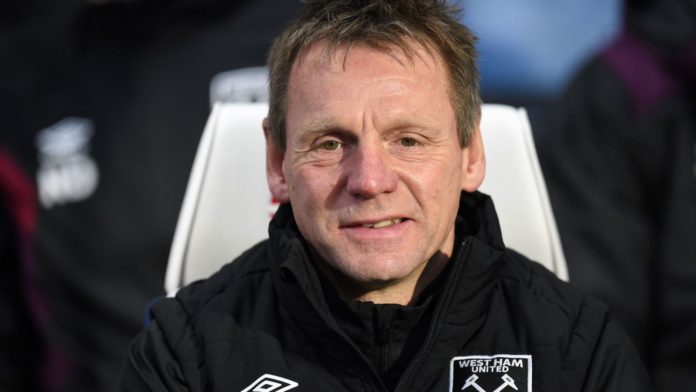 Pearce: “I’ve spoken directly with David Sullivan and Karren Brady and I had extremely positive conversations with both of them – they were enthusiastic about me returning”

Stuart Pearce has returned to West Ham as a first-team coach despite having previously accused the club’s owners of preventing him from joining David Moyes’ staff.

Pearce worked under Moyes during the Scot’s first spell in charge of West Ham in 2018, and was critical of owners David Sullivan and David Gold’s decision to sack him after just six months, during which he guided the club to Premier League safety.

With the London club facing a relegation battle again last season, Moyes was re-appointed in December, but this time Pearce did not join, and the former England defender said he thought “the owners felt I was a little bit critical of the regime when we left last time and put the block on it”.

However, with Moyes being retained after guiding the club to safety once more, Pearce has returned ahead of the 2020/21 campaign, joining a coaching team that includes Alan Irvine, Kevin Nolan and Paul Nevin.

“I’m delighted to be back,” Pearce told the club’s website. “It’s a great opportunity and I’m really looking forward to working with David and Alan, the staff and the players as we aim to build on a positive end to last season for the club’s supporters who, of course, I know very well with this being my third spell at Hammers.”

“I’ve spoken directly with David Sullivan and Karren Brady and I had extremely positive conversations with both of them – they were enthusiastic about me returning. It says a lot about them that I’m at West Ham again.

“I wouldn’t be back if I didn’t believe in the strategy the club, board and the manager have put in place, to take this great football club forward. I thoroughly enjoyed my time at the club on both previous occasions and I can’t wait to get started again.”

Moyes took over with West Ham just a point clear of the relegation zone, and the club’s Premier League status remained in the balance until a run of four games unbeaten to end the season sealed a 16th-placed finish.

“I’m really pleased to welcome Stuart back to West Ham United,” Moyes said. “He did a fantastic job for me in our first spell at the club together. Stuart is a highly-respected figure throughout the game, who will bring another dimension to the coaching set-up here.

“I believe he will complement Kevin and Paul really well – both of whom have been brilliant support for me alongside Alan Irvine of course – and will help us get the very best out of the players.

“He will start immediately and I’ve no doubt he will be a great asset to us on the training pitch and in the dressing room next season.”