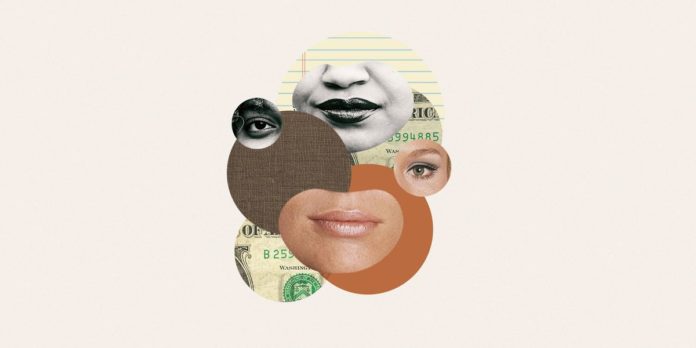 George Floyd was murdered on May 25. The video of his killing by police, taken by courageous 17-year-old Darnella Frazier, sparked demands for justice far beyond the streets of Minneapolis. By May 30, Americans were protesting police brutality and systemic injustice in every state in the union. Unfortunately, there has been a steady stream of unarmed Black people killed by white people, but this particular moment—and the persistent protests—refused to quietly drop out of the public eye.

That weekend, my promotions tab in my Gmail swelled with companies—from Twitter and Netflix to Baublebar and Whole30—making direct statements about racial inequality. Because companies generally maintain political neutrality so as not to alienate their consumers, I was taken aback by this deluge of support for Black lives. My suspicion that this moment was different was confirmed when my friends’ companies started actually facilitating discussions about race, a topic all but forbidden to openly discuss at work before Floyd’s death.

I participated in some of these fragile conversations. I knew racism wouldn’t be solved with these discussions, but I wasn’t prepared for the realization that the wall of white privilege is so high that a lot of white people were only now becoming aware of the systemic injustices that have shaped everything about this country for hundreds of years. And naively, my Black friends and I had not anticipated so much ignorance around the idea of intersectionality. During one memorable discussion, a white woman, in an attempt to empathize with our modern day oppression, offered a spirited, “I’m a woman in the workplace, so I know how it feels!” As a Black woman, I was grateful my laptop camera was turned off.

My Black friends and I had not anticipated so much ignorance around the idea of intersectionality.

When I shared that white woman’s reaction with Meredith Dawson, a television and film writer, she said, “The word ‘intersectionality’ comes to mind.”

Black women in the workplace constantly contend with the pressure to repackage ourselves into something perceived as less problematic, starting with our appearances. Black women have long been viewed as hyper-sexual, and research has shown black women are more likely than white women to be sexually objectified and dehumanized.

Ariel Belgrave, a health and fitness coach who owns Gym Hooky, told ELLE.com that she spent years worried about how she presented herself to her white colleagues. Before becoming one of the most prominent Black fitness instructors on social media, Belgrave worked in finance and tech.

“There were things I’d see white women wear and think, I’d never be able to wear that.”

“I went through a crisis with just watering down my blackness in the way I looked. What I wore mattered,” she said. “I’m someone who’s blessed in the rear, so I have to be conscious. There were things I’d see white women wear and think, I’d never be able to wear that in a million years! If I wore that, I’d be this hyper-sexualized creature. That’s something a white woman doesn’t have to worry about.”

No matter the industry or income level, Black women also have to monitor how their demeanor is being perceived.

“I’m hyper-aware of how I talk to people, the words I’m using, how I articulate certain things,” said Vivianne Castillo, a user experience researcher with a background in human services and counseling. “I’m very aware that I need to present myself in a way that’s approachable, that makes the white people in the room think I’m friendly, that I’m easy to talk to, that I’m relatable.”

Still, I’ve often heard my white woman coworkers lament the fact that they must be careful not to come across as “bossy.” While all women can be targeted with sexist discrimination rooted in patriarchy, the stakes for Black women have always been much higher. “It’s important for white people to know that I can bring a challenging point of view, but that I won’t make you too uncomfortable,” Castillo also said.

In tech fields, which often hold themselves out as leading the push for progressive workplace values, bosses often tell employees to bring their full selves to work, which only complicates matters for Black women. We’ve already contorted ourselves into more palatable, corporate America-ready versions of who we are, so which “full self” should we present? I know that my full self includes my Black self, not just the professional veneer I’m forced to put on during work hours.

“This whole ‘bring your full self to work’ thing doesn’t actually apply to you if you’re in a workplace culture that upholds and advances whiteness and white supremacy,” Castillo said. Considering that most businesses are white-owned, Black women must continue calibrating how much, if any, of their “real selves” they can safely reveal at work.

Forcing Black women to assimilate to largely white workplaces takes a real cumulative toll on each of us. And while standards are gradually changing, Black women are still expected to conform in ways like straightening our hair, being excessively pleasant, and abandoning language that sounds “too Black.”

“It’s draining. It’s tiring. It’s sad that it’s become the norm for the community,” said Belgrave. “I was almost groomed this way. But it’s taxing.” White women do not have to consider creative ways to make their whiteness more palatable for minimal acceptance in the workplace, and they don’t have to bear the physical and emotional burdens of doing so.

While Black women navigate this dizzying workplace culture steeped in white supremacist standards on a daily basis, white women also benefit handsomely from white supremacist workplace structures. “We have to work twice as hard for half as much” was not just a memorable scene from Scandal—it is the lived Black experience, especially for Black women. Dawson’s white peers have often remarked on how much more she writes than they do. “I’m constantly writing. People say ‘she’s always writing,’ but she has to be,” Dawson said. “I’m constantly juggling a movie here, developing something, in order to get the ball moving. I personally want an empire, and you don’t get that by just writing one pilot every two years.” Aspiring white writers have the luxury to create at a normal pace, a luxury that evades Black writers like Dawson.

Castillo echoed that sentiment.“I not only have to crush it, but I also need to develop strong relationships with people who have influence and sway,” she said . “And someone who can uplift the great work that I’m doing.” This might sound like mentorship, but the grueling subtly is that often, if Black women don’t develop these strong relationships with influential people, our hard work can go unacknowledged, further perpetuating barriers to leadership roles and the compensation we deserve.”

While Black women are forced to navigate these overlapping oppressions, they also have to reconcile with the feeling that their failure or success is a reflection on all Black people.

“It’d become the norm for me to be the only,” Belgrave said about being the lone Black person in white spaces. “The only one on the team, the only one in the meeting… it’s almost like I’m the representation for all Black women.” So few Black people are hired in corporate America that all of our actions are exhaustively scrutinized. From entry-level positions to the few leadership roles earned by Black women, we consider our entire race in almost every professional decision we make.

“It’d become the norm for me to be the only. The only one on the team, the only one in the meeting”

And still, Black women are determined to thrive.

One of the ways we’re changing our own narrative is by creating opportunities for Black women coming behind us. “You have people like Ava [DuVernay], Lena [Waithe], and Issa [Rae] who are creating jobs for people and bringing more people of color to the forefront of media so that they can do their own thing,” Dawson said.

Our ability to defy unbelievable odds also comes in part from us creating positive spaces for ourselves. “Things that have made the journey easier, and things that I wish I’d received more advice on earlier in my career, is to develop a community of other Black corporate professionals, being able to learn from each other throughout the highs and the lows,” Castillo said. “Honestly, the anchor that I would put it in is the importance of just having that mental and emotional support.”

Commiseration by way of community is a beautiful salve for the unique challenges Black women face in the workplace. I’ve greatly benefited from community within my profession. While I believe our ability to mobilize and support one another speaks to our strength and compassion for each other, I wish we didn’t need that extra support. I wish systems that work for white people could work for everyone.

macOS Monterey: How to use Live Text and Visual Look Up

I Spoke Out About Mental Illness Stigma. Why Was It So Hard to Admit I Needed Help Myself?