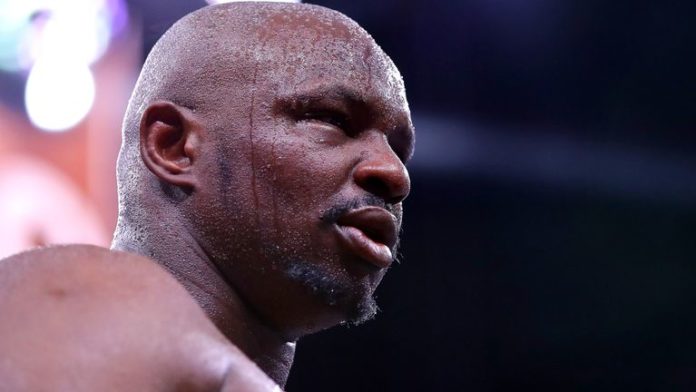 How strong is Dillian Whyte?

He’s a very strong man and he’s done years of training. What we did when we came in, was just look at his strength but more importantly his weaknesses, and try to bring up the weaknesses all the way up to a level that we’re happy with for the first camp, that we’re working together, and then moving forward we’ll look to increase that obviously and turn him into a more athletic fighter.

While we knew he was strong, obviously that’s our job to come in and try and make him, fitter, better physically stronger and more powerful, more athletic, and just a more formidable machine.

Give us an example of Whyte’s strength in the gym…

Dillian has dead lifted around 350 kilos. When I was an athlete, I weighed 82 kilos and was dead lifting 300 kilos. When you talk about the normal person, because they don’t train like that, they wouldn’t be able to do it. They call it the heavyweight division and it’s like a blue riband event, like 100ms at the Olympics, for a reason, because it’s exciting.

How does Whyte compare to Chisora and Haye?

They are all different. Derek and Dillian, because they are natural heavyweights and are bigger men, probably have more natural strength than someone like David.

But David, from doing years of training, is incredibly strong and he was also a cruiserweight. He had to build muscle to get into the heavyweight division, whereas these guys, they are man mountains.

They are all different. That’s the most important thing when you’re training someone is that you have to data the training according to what they need. You can’t have a one size fits all.

When I was training Amir Khan he didn’t do any of the type of training sessions that these guys are doing, and similarly apart from the usual squat and dead lift and stuff like that, they all have a different training programme, according to their needs.

He ate a little bit too much more than he usually eats so he put on more weight than he would usually carry into the ring.

He got given very little notice to take on his last opponent and he went in and he just toughed it out, because he’s a tough man.

His weight was a lot, so when we got hold of him, we started telling him what we would want from him in terms of nutrition. What he was supposed to be taking in, on top of everything else that he normally does. Like green juices and lots of things to detoxify his body. He eats very well for someone that we first started working with, how well he eats didn’t concern us, because he eats very well, and he’s an amazing cook.

He cooks very, very well. In fact, the whole time we’ve been out here, every so often he turns up, ‘Oh, I made this. Try it and tell me what you think.’

It’s always delicious and very nutritious, so that didn’t concern us, but it was just adding things that would help his body detoxify and balance him out. If you manage to bring down the toxicity levels in your body, your body is then able to perform better. It’s like de-greasing an engine.

Is there a specific target for his weight?

Yes. He’s almost there. We’re keeping that secret. You’ll see that when he weighs in.

Peter Marcasciano [another strength and conditioning trainer working with Whyte] has been working with David [Haye] since David was about 17, so he had him a lot longer. He was more used to the training. Dillian has found a lot of these things new, but his attitude is unbelievable.

One thing I will say is, he is a very intelligent person. In and outside the ring, very intelligent, and very funny as well. I don’t think I’ve ever laughed this much in a training camp on a daily basis. Working with David was always a riot, but Dillian is a very funny guy, so that keeps atmosphere very light.

But when it’s time to go, he goes and works extremely hard and we’ve actually had to turn down, because he always wants to do extra bits of training. We say to him ‘that wasn’t necessary’ because he could then start over training, because of the workload that we’ve given him. He’s willing to go above and beyond in terms of training and what he needs in order to get the job done.

How do you pace the training camp?

At the beginning, we spend a long time strengthening his tendons, ligaments and joints. To make sure that when the workload increased, he was able to handle the workload. A lot of time when people do training sessions, they just go straight into hard training, and weight loss. It just destroys your body and so they may pick up injuries and things like that. Picking up injuries is part and parcel, especially in a contact sport like boxing, but you can minimise the risk dramatically by preparing the body to be able to take as much punishment as possible. That’s what we did at the beginning.

I work with Peter Marcasciano, a strength and conditioning coach. At the beginning of the pandemic, he came out with Dillian, so he’s been here for a bit longer than I have. He came out first and then mid-pandemic, I was actually training Chisora at home, and then I spent the first part of the pandemic with Derek and then second part I came out to train with Pete, and someone else is looking after Derek while I’m over here. It’s been a bit of juggling act.

Dillian is in very good shape. It depends on what stage of the camp it is. At the beginning, he was probably training eight-10 sessions a week, and then mid-camp he was doing around 18 sessions a week. It reduces drastically. It depends what week it is.

What is the most intense part of the training camp?

If you’ve been following him on Instagram, on Thursdays for example, he does the VersaClimber session and that is hell, because there’s no hiding place. You climb the feet that you’re supposed to climb in the required time and if you’re off, it tells you.

You’ve climbed 500 feet instead of 600 for example. Some sessions are more cardio-based and three-minute rounds and VersaClimber, mimicking something similar to what he would have to do in a fight. The more intense, faster stuff is hell, because you get lactic very quickly, and then you have to keep going and burning through that. Those sessions are really tough.

The sprint sessions he does on a Saturday are really, really tough, because he’s a big guy, although he’s not running long distances, they are still considerably long for him, and the stop-start nature of the sessions are also really, really tough. After the sprints, we do mobility and agility work and then we do sandpit drills and stuff, so the sessions are very long. That’s also a very tough session.

Also power endurance. That is probably the toughest session and it’s just teaching his body to have the ability to fire with power, from the first second of the round, until the last second of the 12th round.

Is there room for Whyte to improve physically?

As this is our first camp, so although we’re very confident that people will look at him and go ‘wow, he looks different,’ Pete Marcasciano and myself are perfectionists, so we’re never happy. We have constant meetings and we look for small marginal improvements here and there, all the time.

Whyte continued to do that throughout camp. Most people plateau and then you think they’ve reached their level for this camp. Dillian has continued to improve daily. After this fight, he’ll have a small rest and then we’ll get straight back on and start working on the things that we know he needs to continue to improve on.

Will we see a formidable Whyte with stamina, strength and power?

Povetkin has got great amateur pedigree, an Olympic champion, and he’s been world champion as well.

You’ve got two incredible left hookers and they’ve both got power in their right hand. They are both two of the best in the division, even though I believe Dillian is the best and he will prove it.