Home World Restaurant chain apologizes for weighing diners to see how much they should... 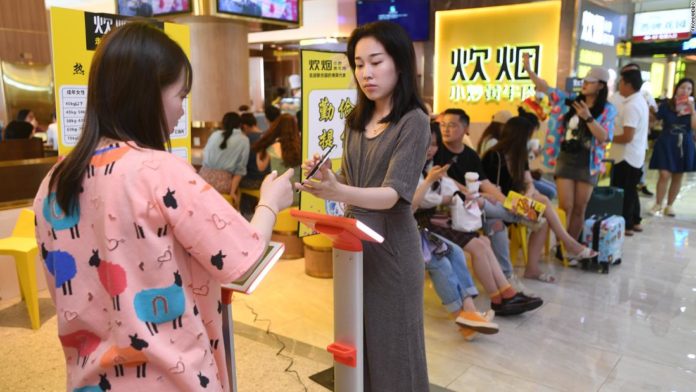 Hong Kong (CNN) — A restaurant chain in southern China has issued a public apology for weighing diners before they entered the premises as part of a national campaign to reduce food waste.

Customers going into the popular Hunan chain Chuiyan Fried Beef, in the city of Changsha, were asked to weigh themselves on a set of scales and provide personal information. The restaurant would then suggest menu items based on their physique.

Signs around the restaurant encouraged diners to “clean your plate” and “be thrifty and diligent.”

Facing online accusations of fat shaming, Chuiyan Fried Beef said in a statement Saturday that it was trying to help curb food wastage. The restaurant chain said customers hadn’t been forced to step on the scales — and while it “deeply regretted” the controversy, it would still allow customers to weigh themselves at its outlets.

“Netizens are welcome to come to the store to experience it and give their comments and suggestions,” the statement said.

Chinese President Xi Jinping announced a food waste minimization campaign on August 11, as China continues to grapple with a slowing economy. The country has also faced a number of food crises over the past year, with record flooding ruining rice crops and a swine fever epidemic leading to the mass culling of pigs.
State broadcaster CCTV reported in 2015 that China’s catering industry wasted 17 to 18 million tons of food a year. Earlier this month, Xi labeled attitudes toward excess food consumption “shocking and distressing,” according to state-run news agency Xinhua.
Chuiyan isn’t the only restaurant or group establishing tighter rules on consumption. Last week, a catering association in the central city of Wuhan advocated for customers to order “N-1” dishes, or one fewer dish than the number of people dining.
Smartphone apps which used to show popular streams of people eating enormous amounts of food have also warned that video creators could be blocked if they promote excessive eating.