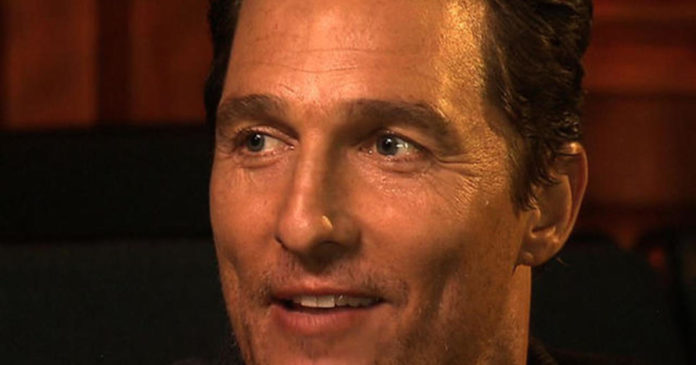 Matthew McConaughey has not one, but two films up for Oscars this year, the first being “Dallas Buyers Club” (for which he’s nominated in the best actor category), and the second is “The Wolf of Wall Street.” In an interview for “Sunday Morning,” the “True Detective” star told Lee Cowan he enjoyed getting the chance to play a “great slimeball” in the Martin Scorsese film.