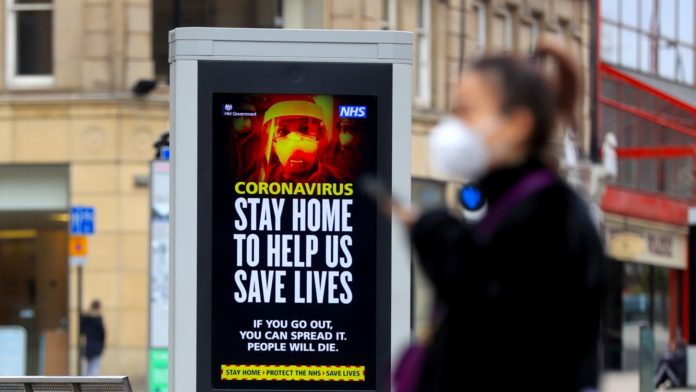 TV comic Harry Hill has told how he nearly returned to his former career as a doctor to help the NHS effort against coronavirus.

After training as a neurosurgeon, the presenter worked at Doncaster Royal Infirmary before quitting the medical profession and moving to the small screen.

Speaking in an interview with the Radio Times, the 55-year-old – whose real name is Matthew Hall – revealed how he was asked if he would return to help the health service as the COVID-19 pandemic took hold in the UK.

“In the early days of the pandemic, it was all melting down radiators to make ventilators, the country pulling together and so on,” he said.

“I’d had a few drinks so I filled out the form and got an email back saying someone would contact me about my return to work.

“I broke out in a cold sweat.”

Hill said he told the recruiter his last medical specialism had been “respiratory emergencies” – and so was asked if he could start as soon as possible at the NHS Nightingale Hospital in east London.

However, he said he would have had difficulties travelling from the south of the city.

“In the end it came down to them saying I could maybe do ‘track and trace’ calls on the phone,” he said, but in the end the role never materialised.

The first Nightingale hospital opened at London’s ExCel exhibition centre in April after just nine days of construction, however was placed on stand-by a month later due to a lack of admissions.